A Breusch-Pagan Test is used to determine if heteroscedasticity is present in a regression analysis.

This tutorial explains how to perform a Breusch-Pagan Test in Excel.

For this example we will use the following dataset that describes the attributes of 10 basketball players.

We will fit a multiple linear regression model using rating as the response variable and points, assists, and rebounds as the explanatory variables. Then we will perform a Breusch-Pagan Test to determine if heteroscedasticity is present in the regression.

Once you click on Data Analysis, a new window will pop up. Select Regression and click OK. Fill in the necessary arrays for the response variables and the explanatory variables, then click OK. 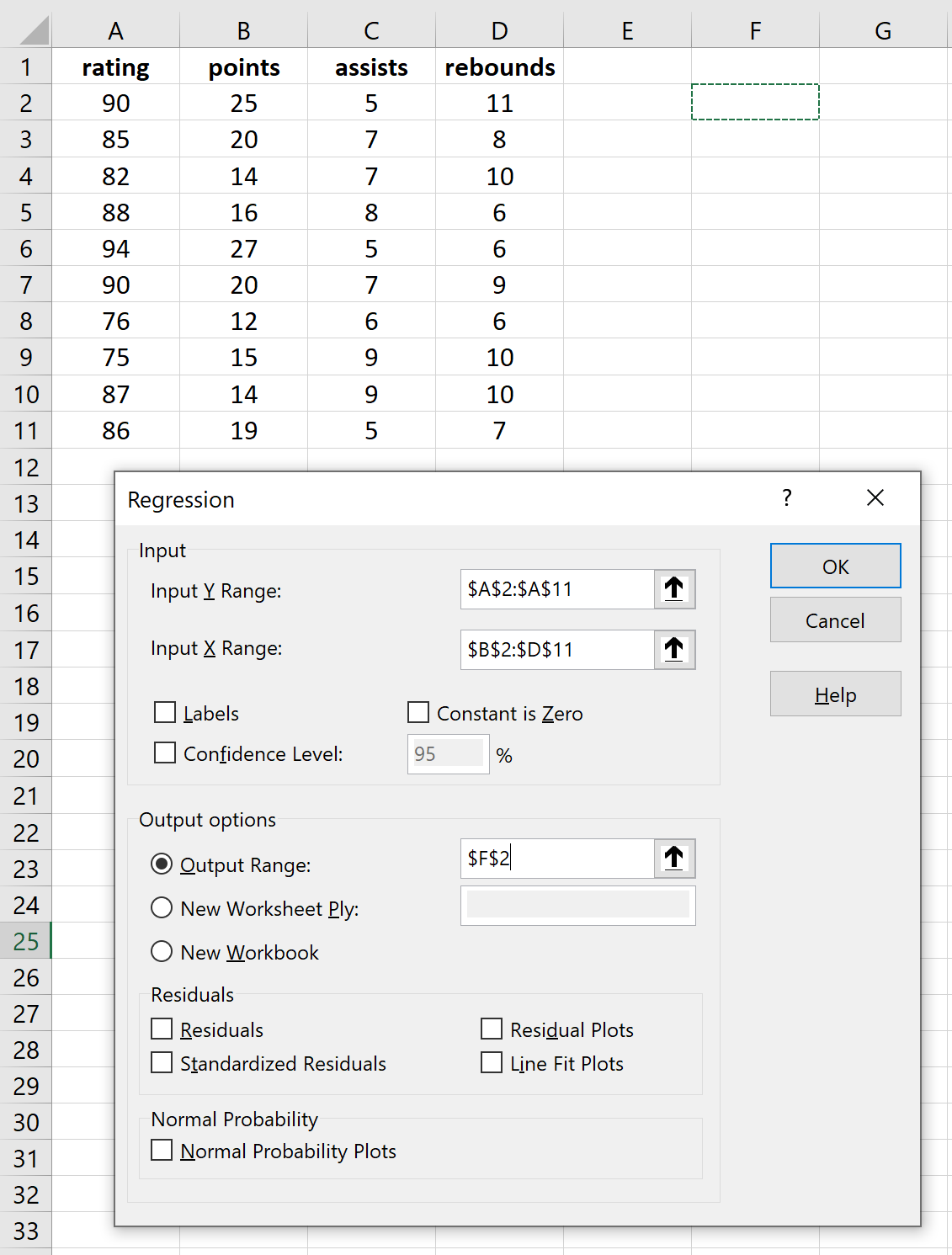 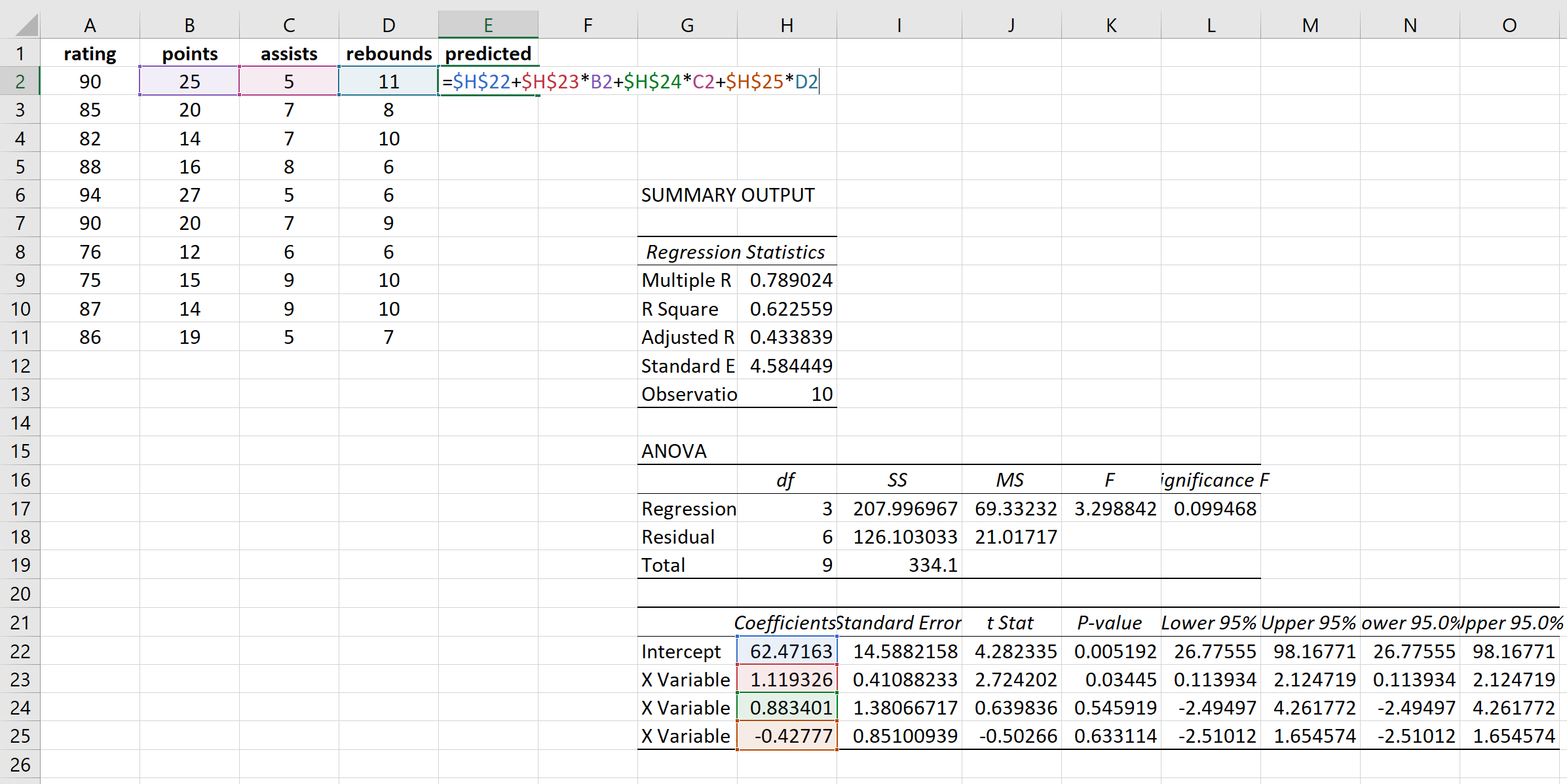 We will use the same formula to obtain each predicted value: 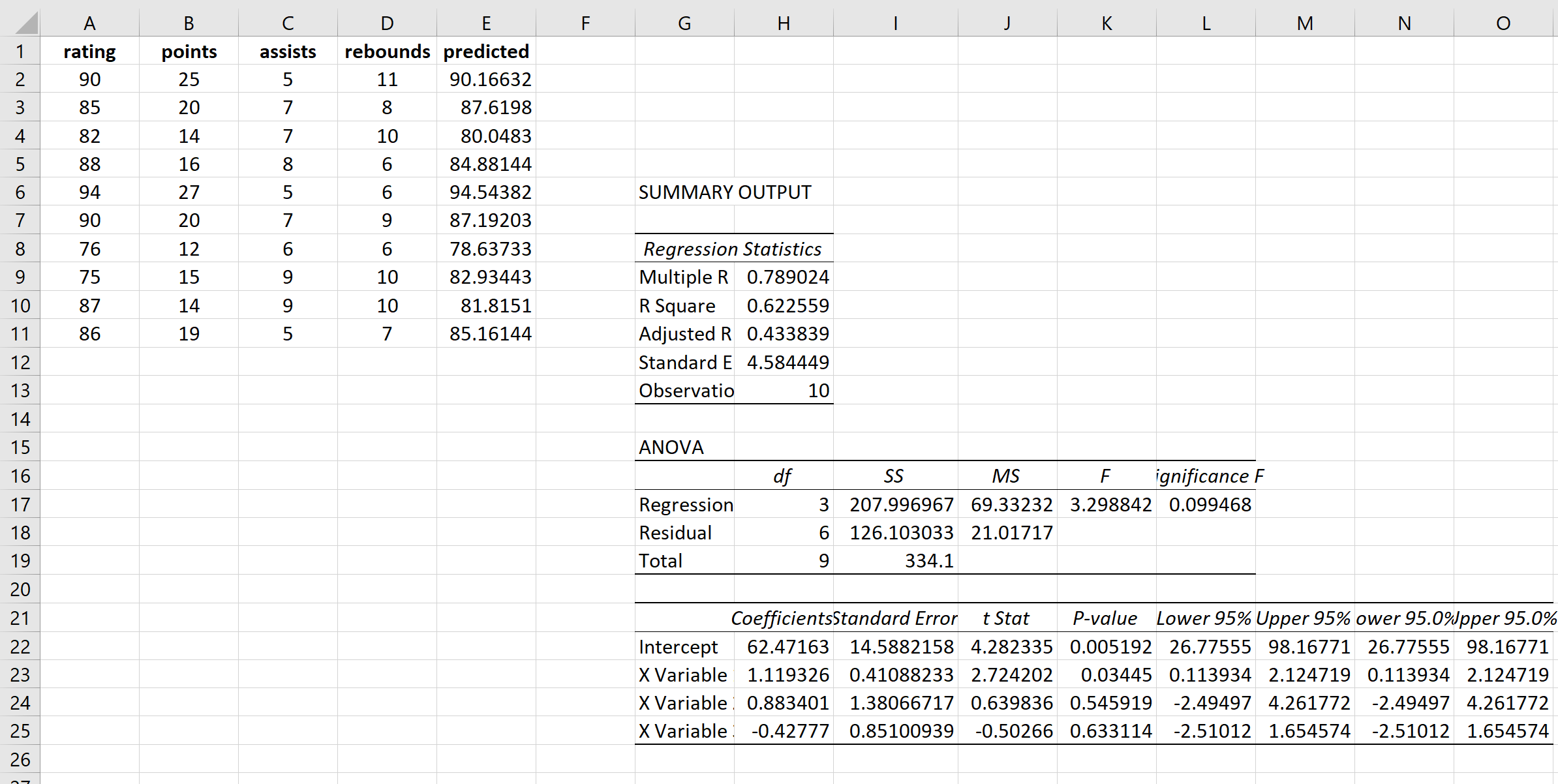 Next, we will calculate the squared residuals for each prediction:

We will use the same formula to obtain each squared residual:

Next, we will perform the same steps as before to conduct multiple linear regression using points, assists, and rebounds as the explanatory variables, except we will use the squared residuals as the response values this time. Here is the output of that regression: 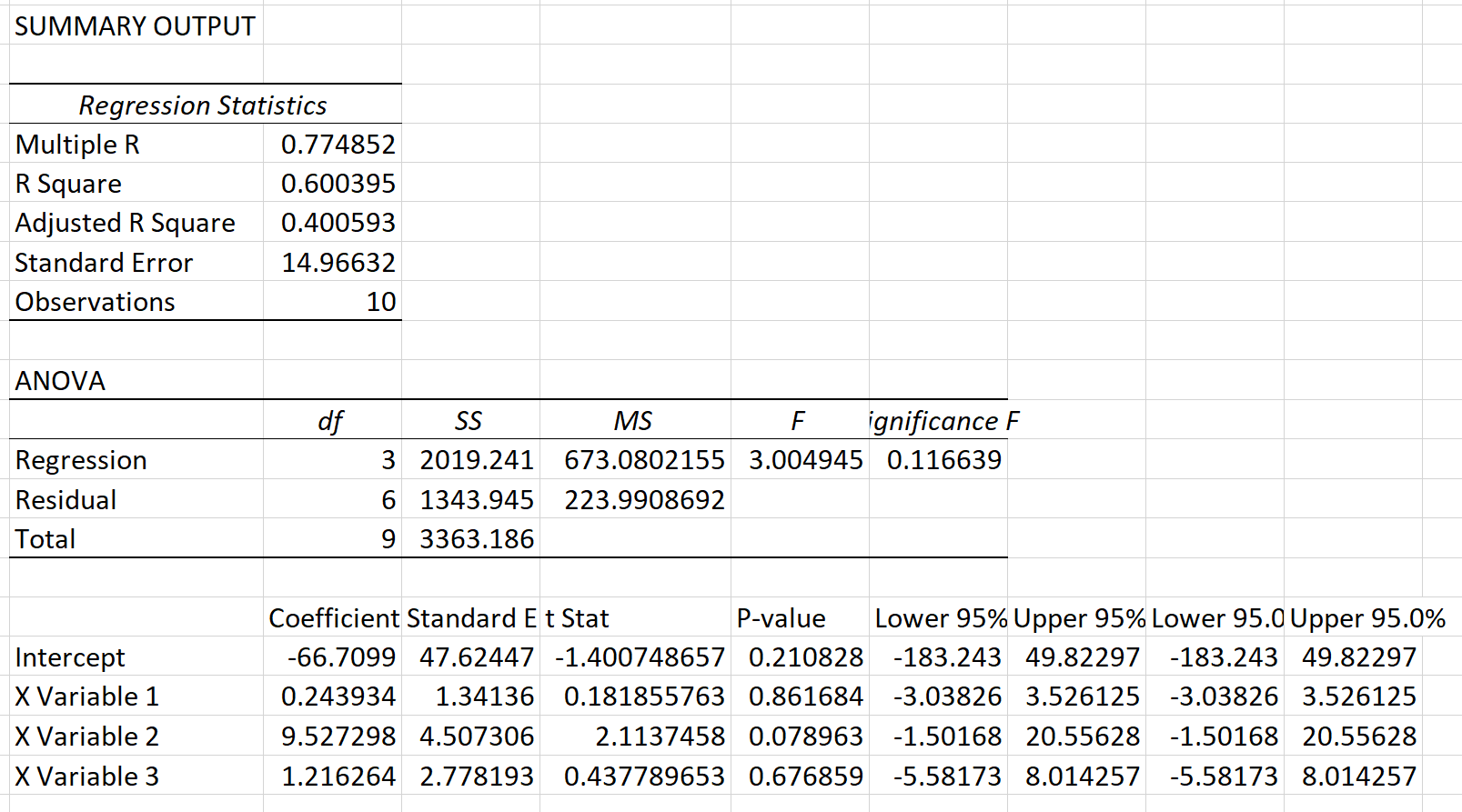 Lastly, we will perform the Breusch-Pagan Test to see if heteroscedasticity was present in the original regression.

First we will calculate the Chi-Square test statistic using the formula:

R2new = R Square of the “new” regression in which the squared residuals were used as the response variable.

Next, we will find the p-value associated with this test statistic. We can use the following formula in Excel to do so:

In our case, the degrees of freedom is the number shown for df of regression in the output. In this case, it’s 3. Thus, our formula becomes:

Because this p-value is not less than 0.05, we fail to reject the null hypothesis. We do not have sufficient evidence to say that heteroscedasticity is present in the original regression model.