A box plot is used to visualize the five number summary of a dataset, which includes:

This tutorial explains how to create and modify box plots in SPSS.

How to Create a Single Box Plot in SPSS

Suppose we have the following dataset that shows the average points scored per game by 16 basketball players on a certain team: 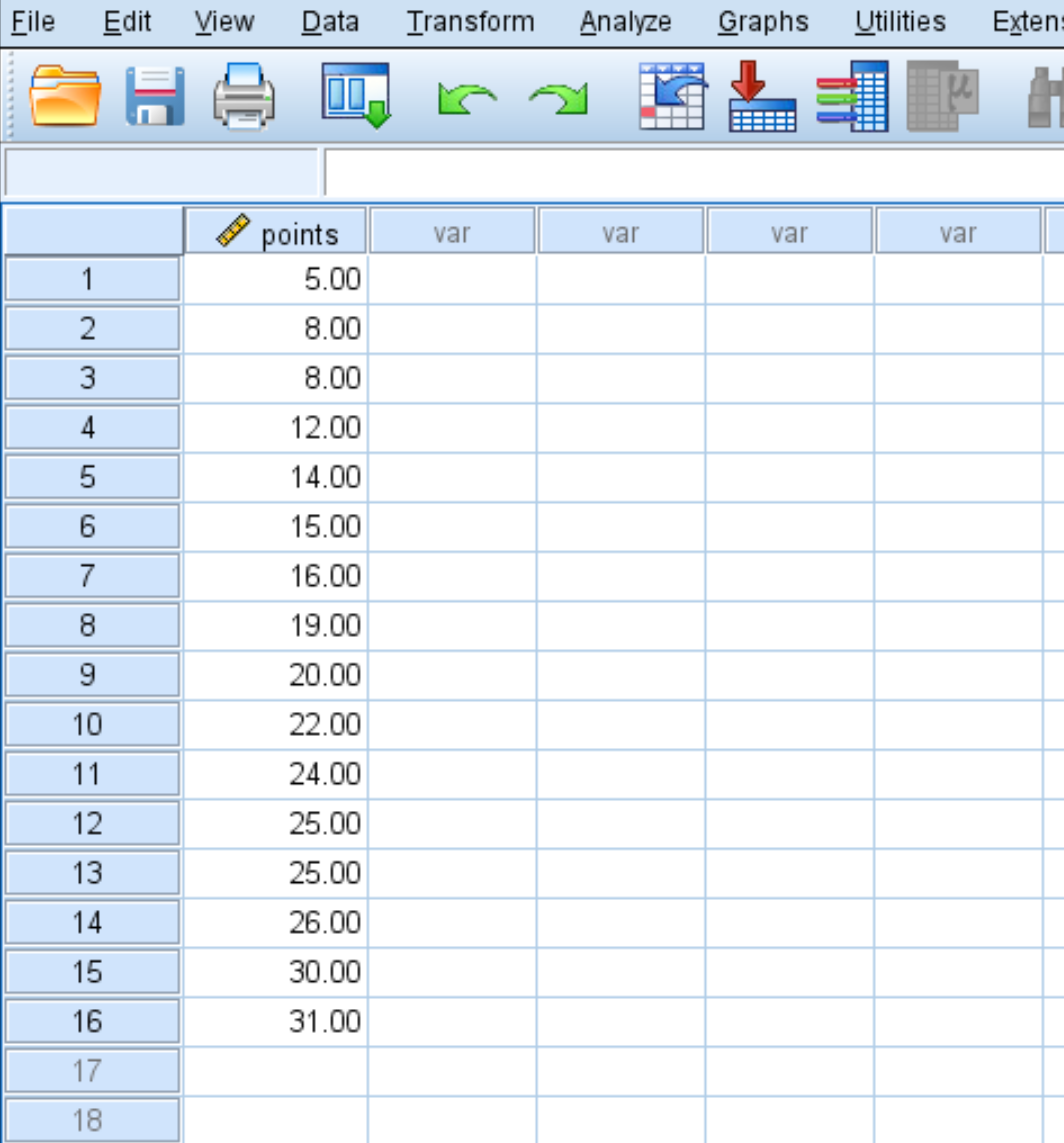 To create a box plot to visualize the distribution of these data values, we can click the Analyze tab, then Descriptive Statistics, then Explore: 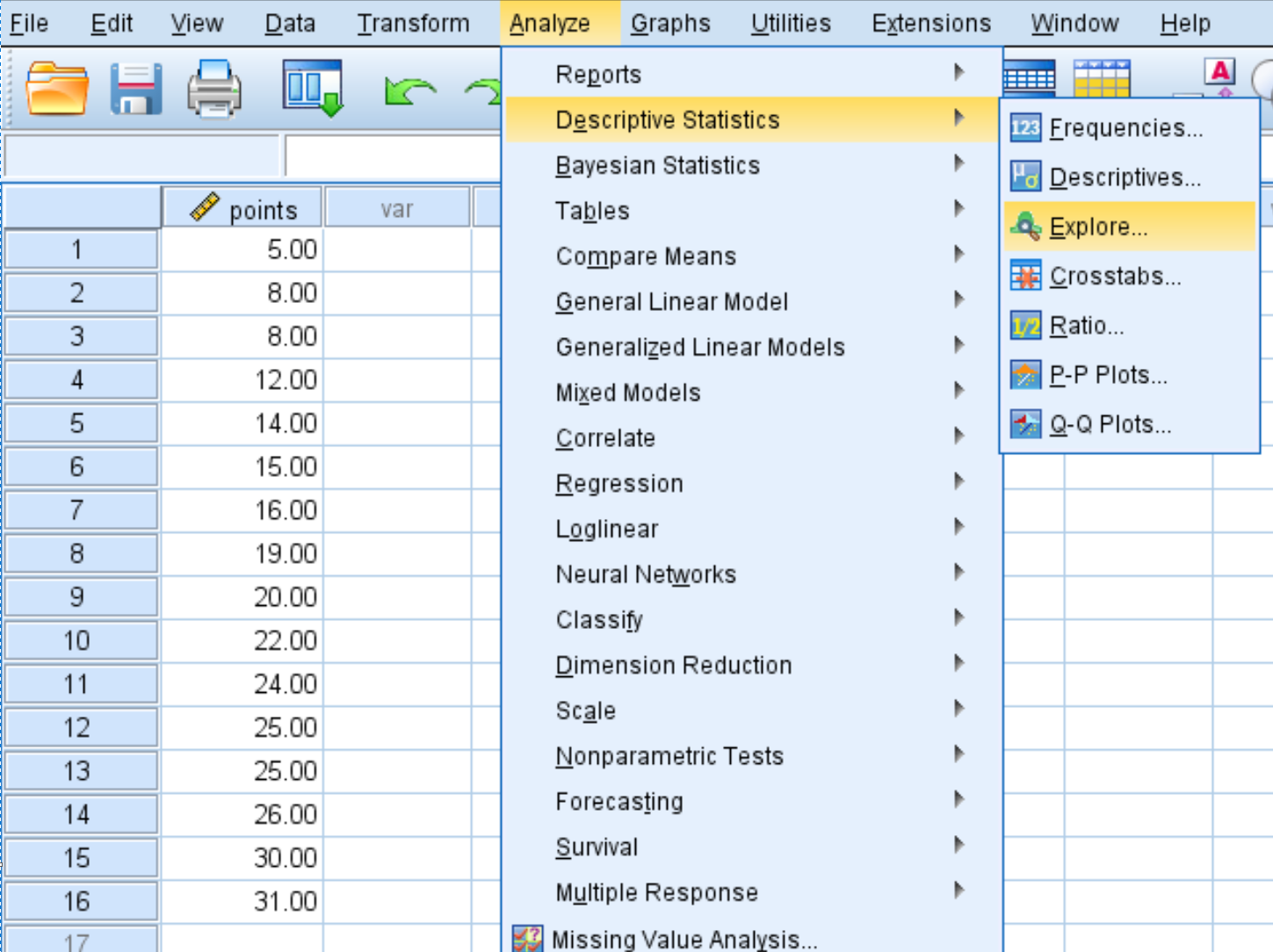 This will bring up the following window: 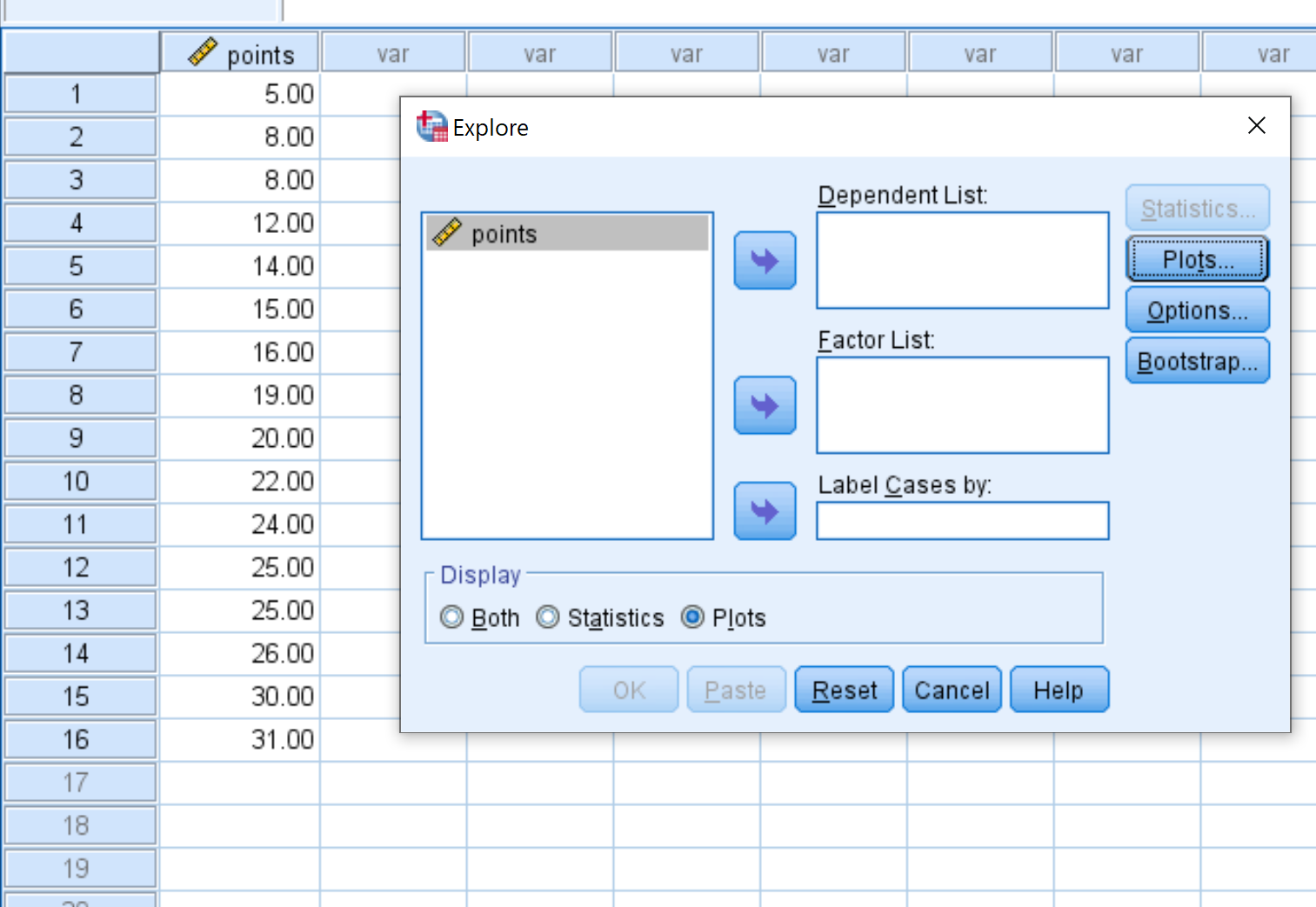 To create a box plot, drag the variable points into the box labelled Dependent List. Then make sure Plots is selected under the option that says Display near the bottom of the box. 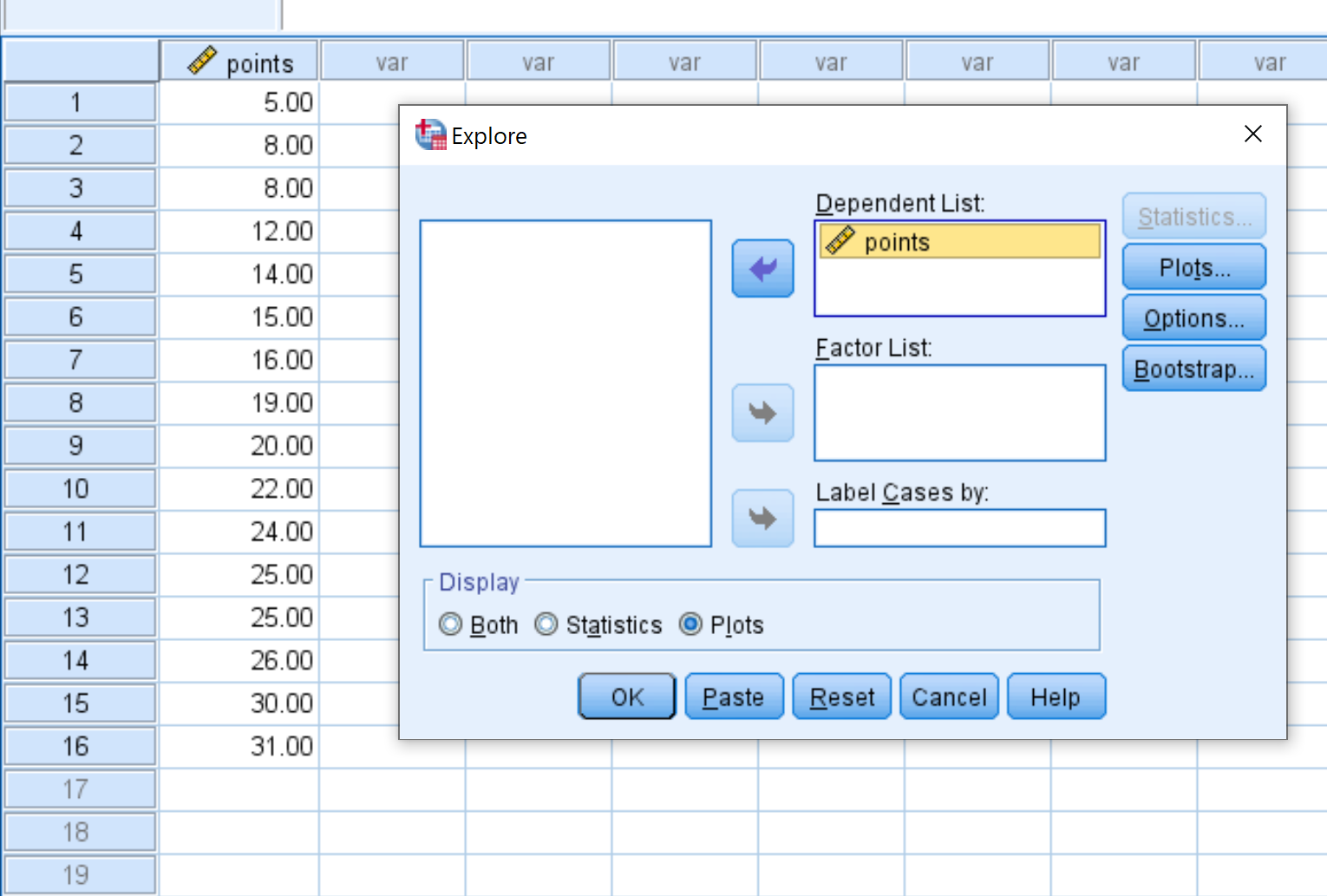 Once you click OK, the following box plot will appear: 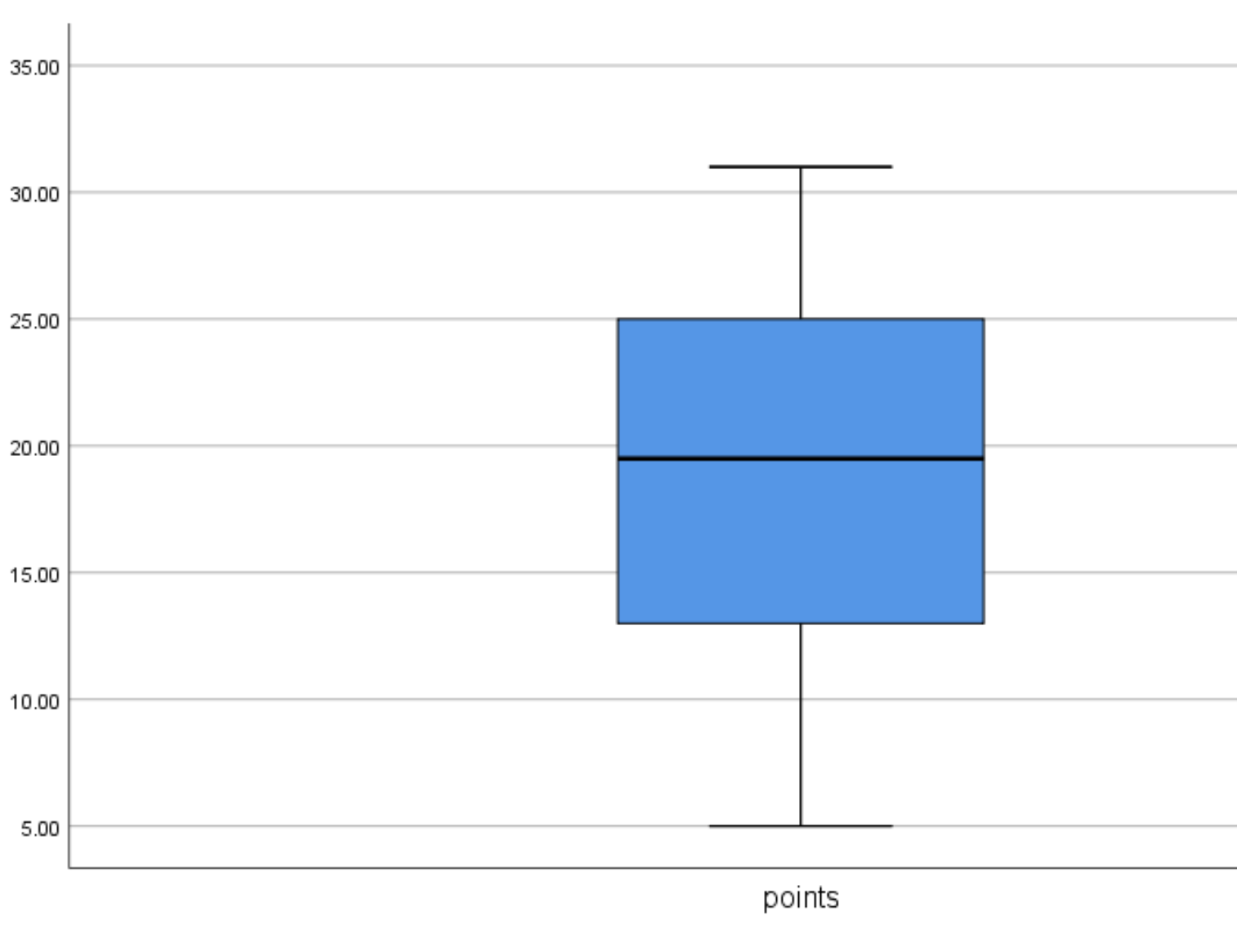 Here’s how to interpret this box plot: 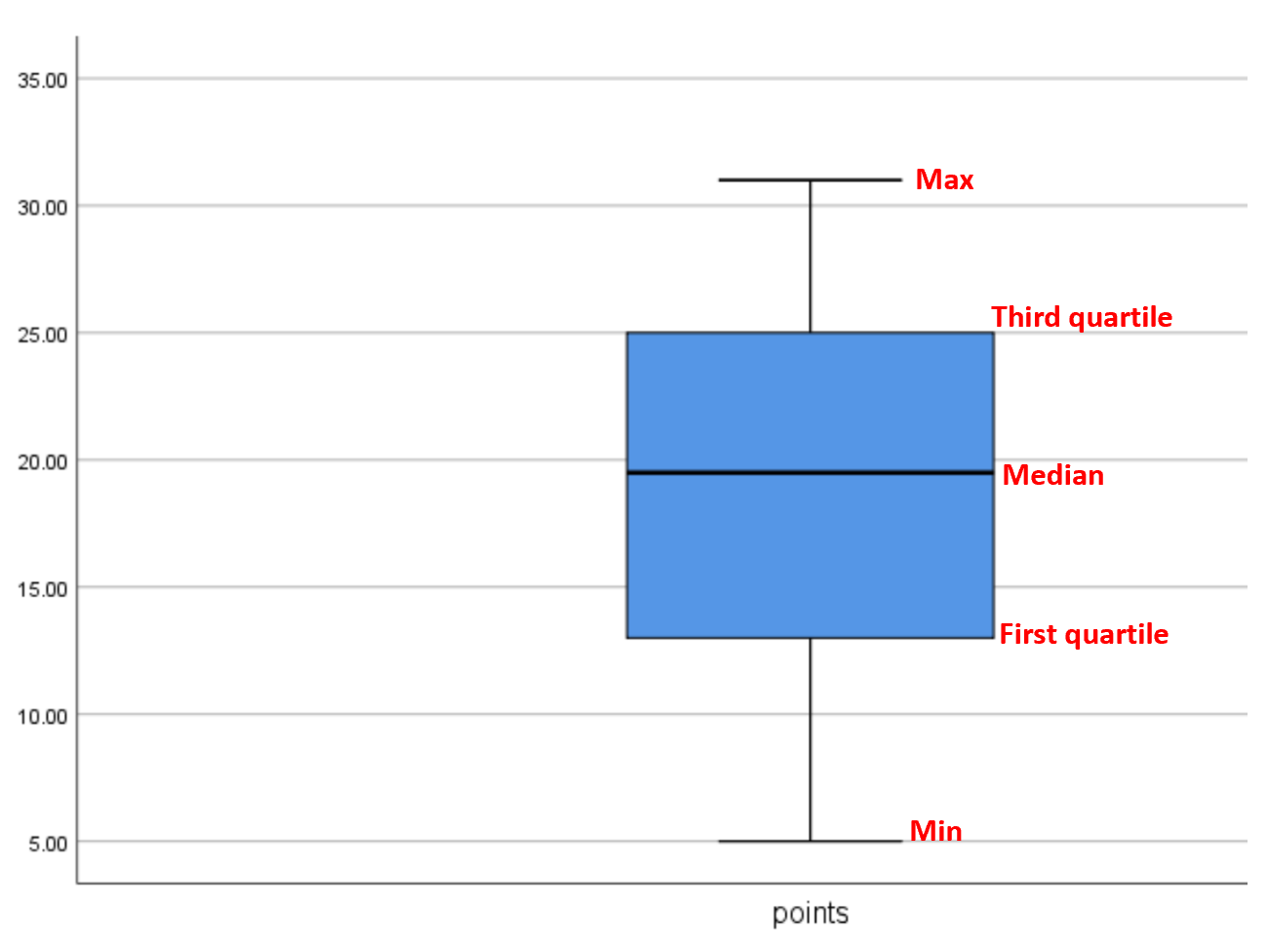 A Note on Outliers 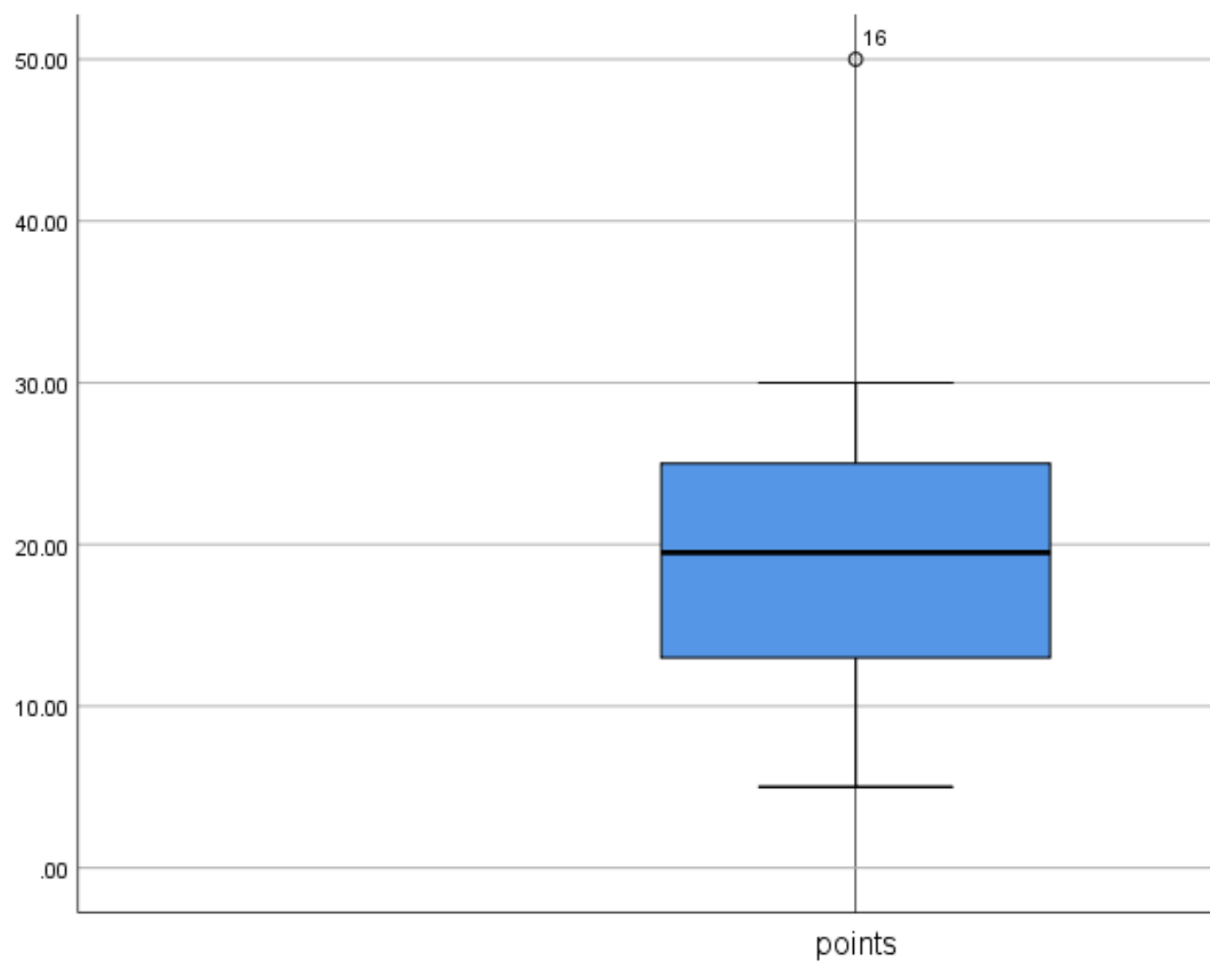 If an outlier is present in your dataset, you have a few options:

How to Create Multiple Box Plots in SPSS

If you have several variables, SPSS can also create multiple side-by-side box plots. For example, suppose we have the following data on average points scored by 16 players on three different teams: 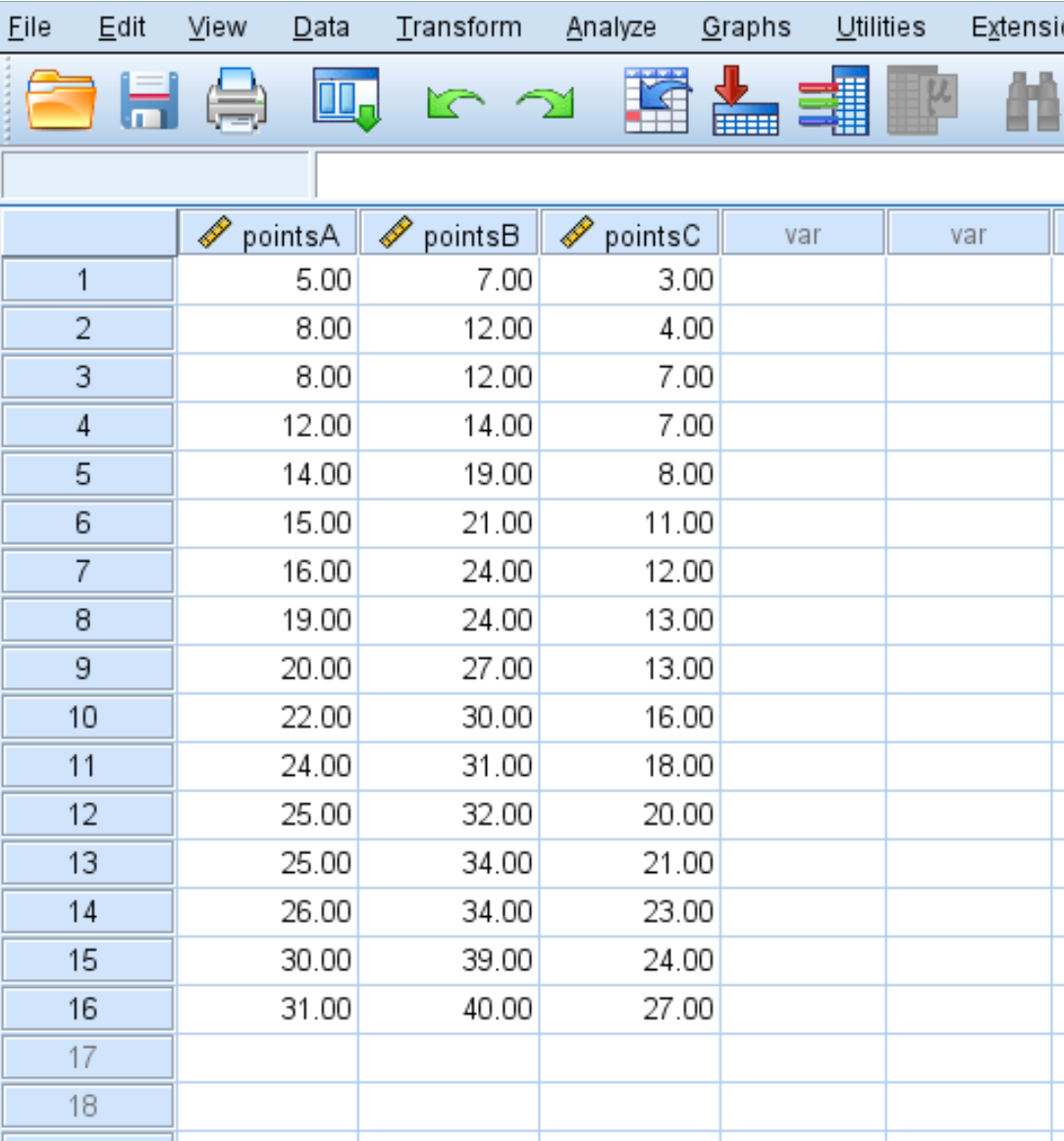 To create a box plot for each of these variables, we can once again click on the Analyze tab, then Descriptive Statistics, then Explore. We can then drag all three variables into the box labelled Dependent List: 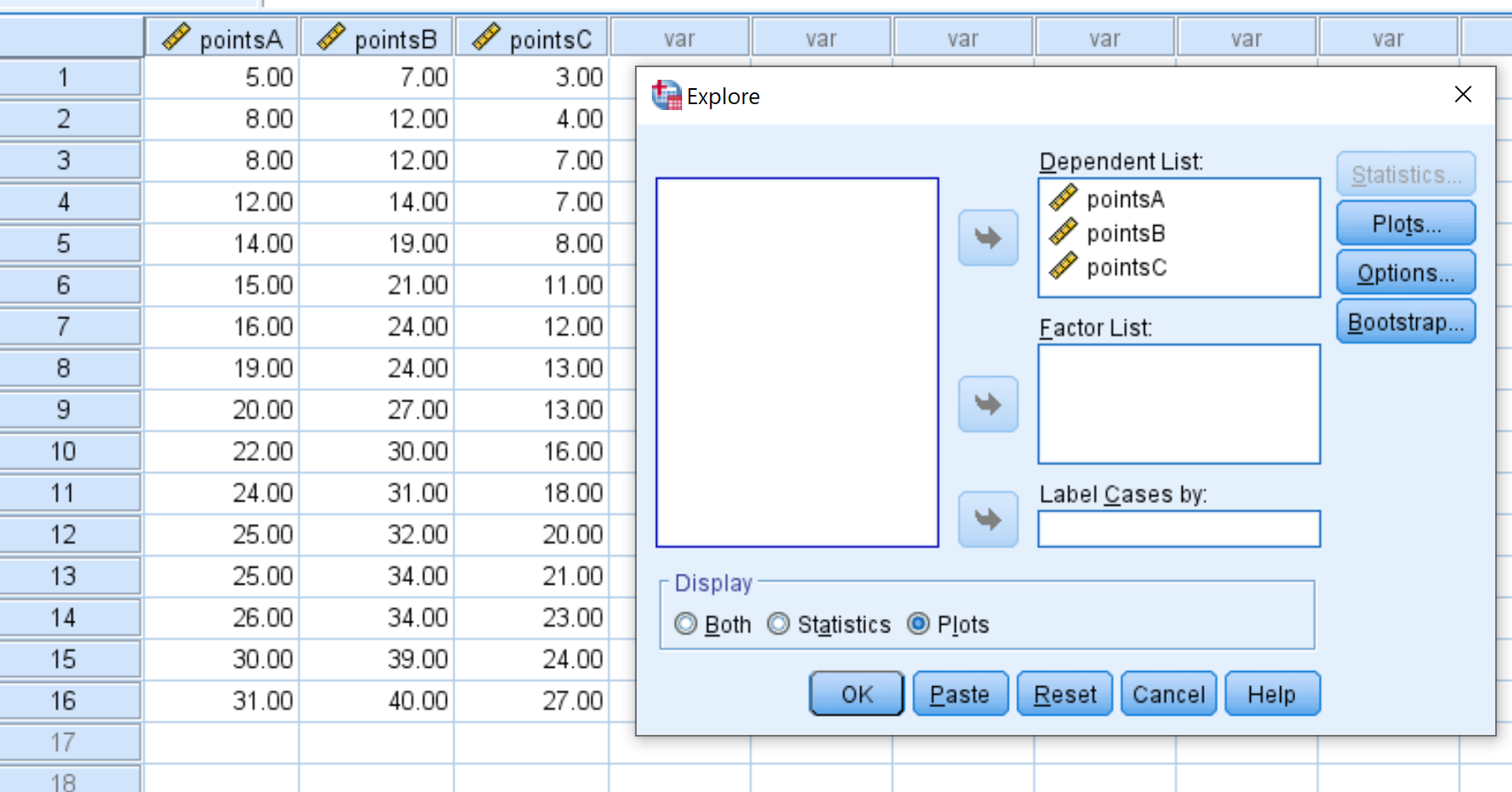 Once we click OK, the following box plots will appear: 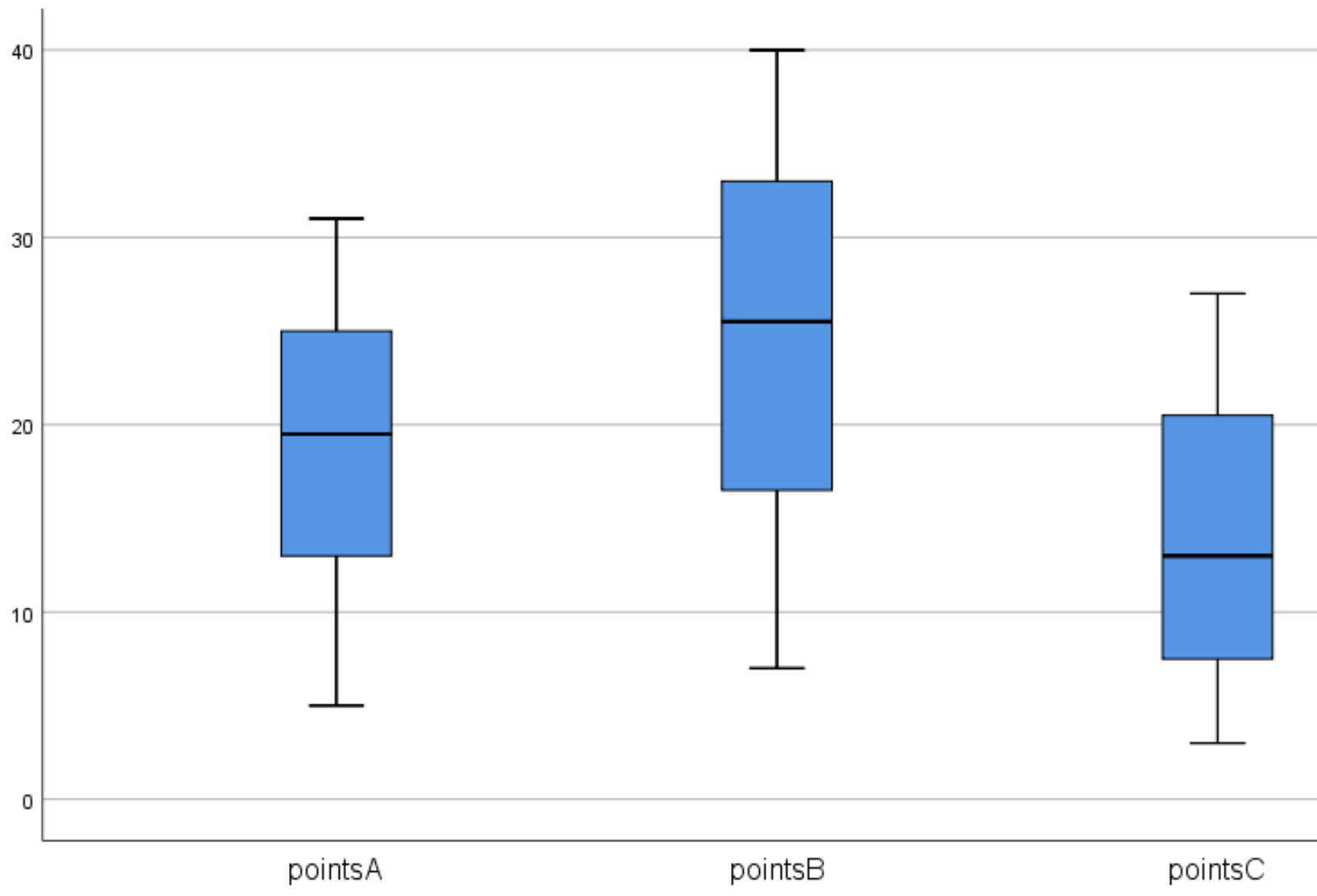 This helps us easily visualize the differences in the distributions between these three teams.

We can also observe the following:

Box plots are useful because they can provide us with so much information about the distribution of datasets just from a single plot.