In order to find out exactly which groups are different from each other, we must conduct pairwise t-tests between each group while controlling for the family-wise error rate.

One of the most common ways to do so is to use Bonferroni’s correction when calculating the p-values for each of the pairwise t-tests.

This tutorial explains how to perform Bonferroni’s correction in R.

Suppose a teacher wants to know whether or not three different studying techniques lead to different exam scores among students.

To test this, she randomly assigns 10 students to use each studying technique. After one week of using their assigned study technique, each student takes the same exam.

We can use the following steps in R to fit a one-way ANOVA and use Bonferroni’s correction to calculate pairwise differences between the exam scores of each group. 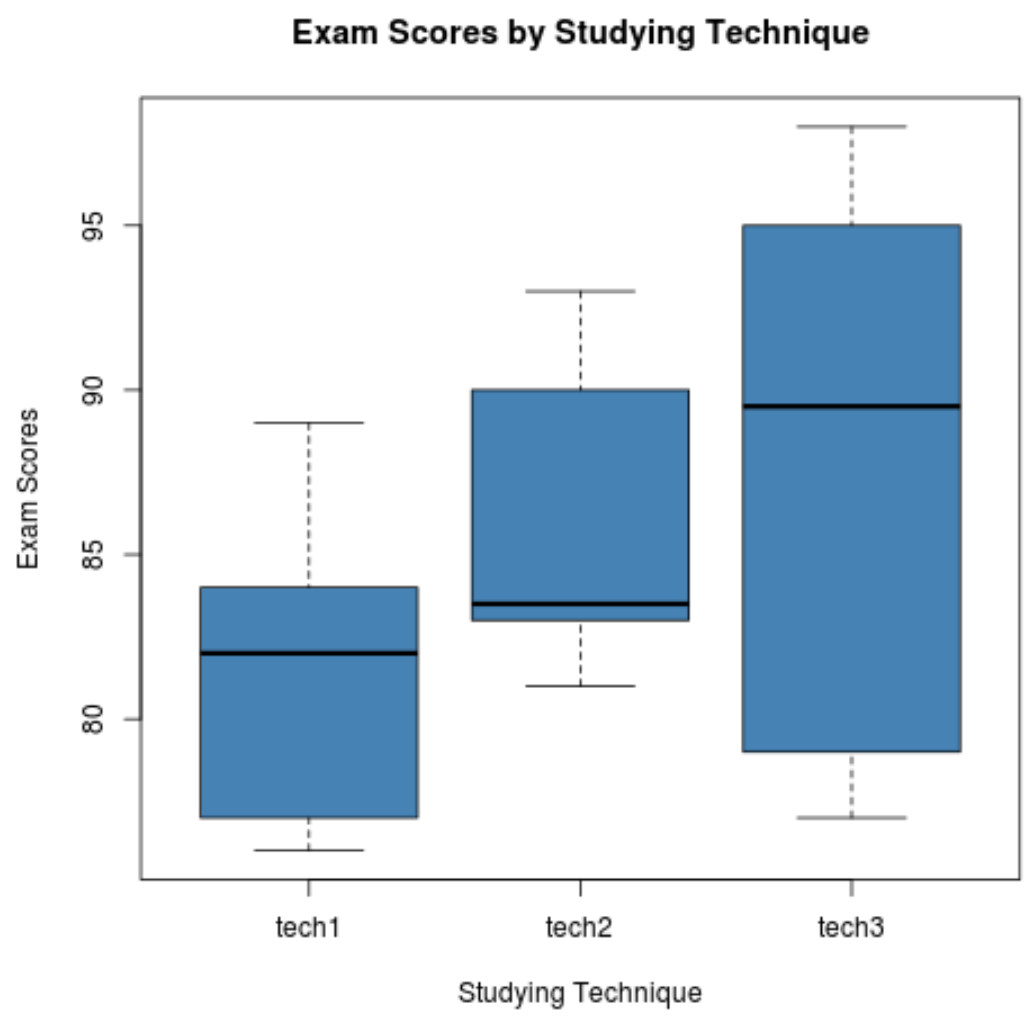 Since the overall p-value (0.0476) is less than .05, this is an indication that each group does not have the same average exam score.

Next, we will perform pairwise t-tests using Bonferroni’s correction for the p-values to calculate pairwise differences between the exam scores of each group.

To perform pairwise t-tests with Bonferroni’s correction in R we can use the pairwise.t.test() function, which uses the following syntax:

Based on the output, we can see that the only significant difference is between technique 1 and technique 3.