Often in experiments, researchers are interested in understanding the relationship between an explanatory variable and a response variable.

Unfortunately nuisance variables often arise in experimental studies, which are variables that effect the relationship between the explanatory and response variable but are of no interest to researchers. 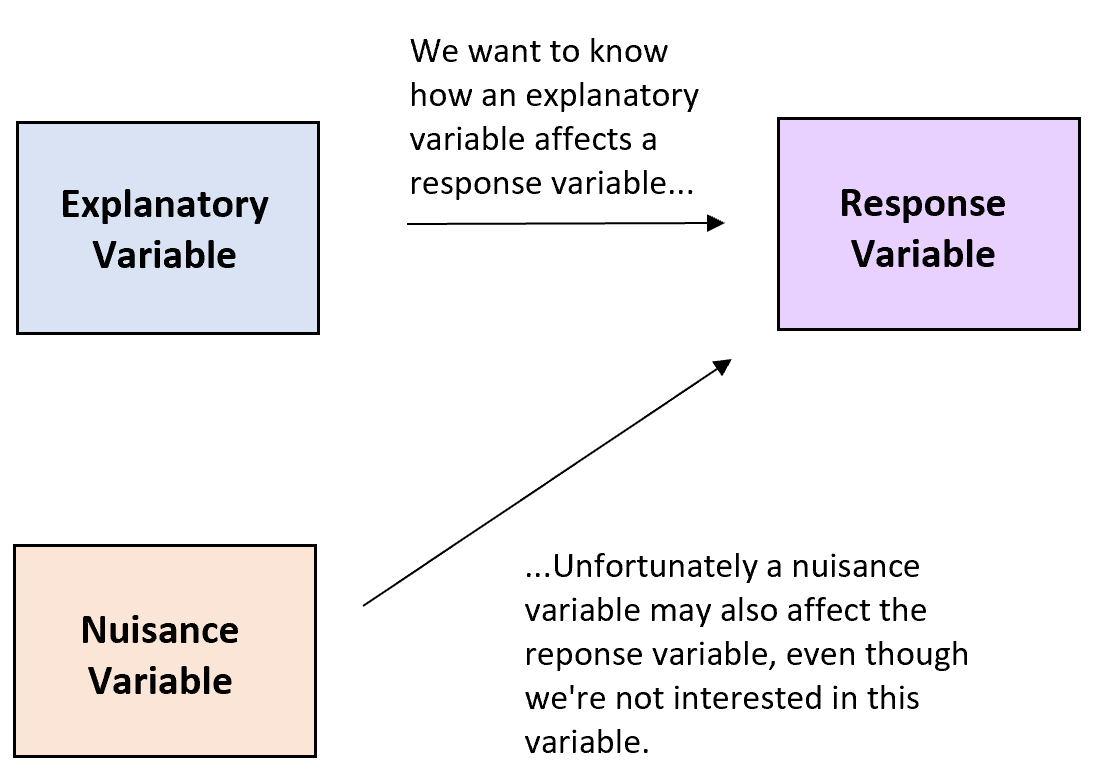 For example, suppose researchers want to understand the effect that a new diet has on weight less. The explanatory variable is the new diet and the response variable is the amount of weight loss.

However, a nuisance variable that will likely cause variation is gender. It’s likely that the gender of an individual will effect the amount of weight they’ll lose, regardless of whether the new diet works or not. 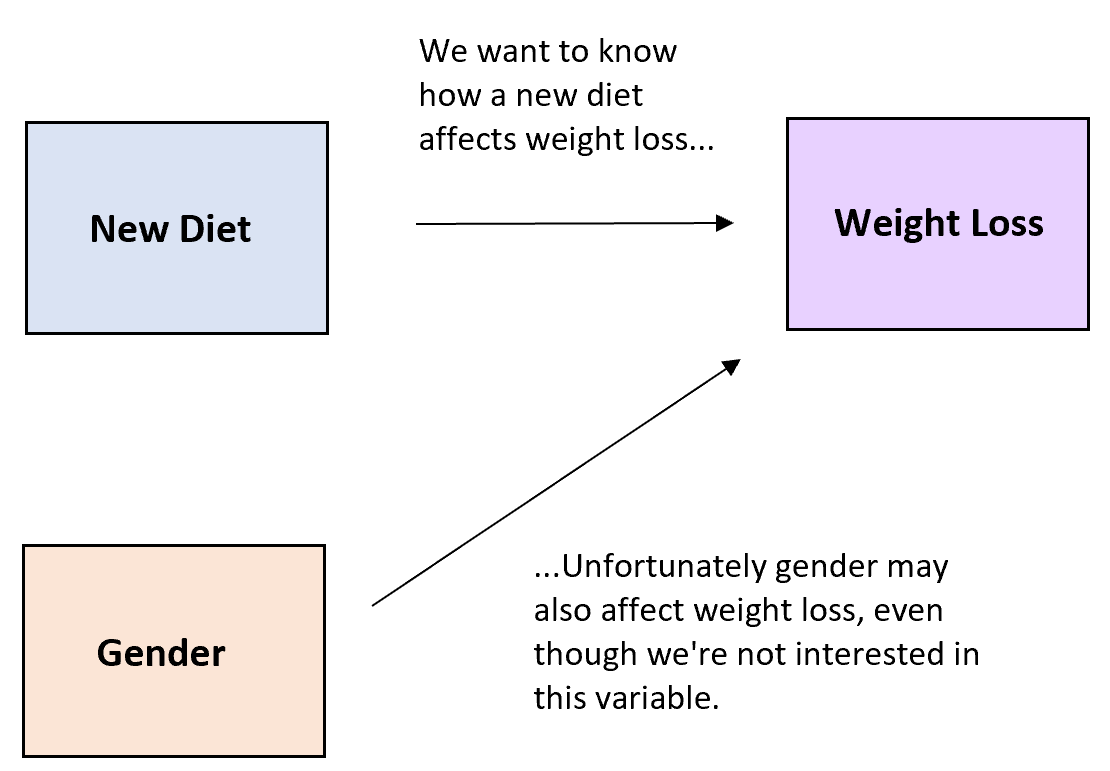 In our previous example, we would place individuals into one of two blocks:

Then, within each block we would randomly assign individuals to one of two treatments:

By doing this, the variation within each block would be much lower compared to the variation among all individuals and we would be able to gain a better understanding of how the new diet affects weight loss while controlling for gender.

To illustrate this, consider the following chart that shows total weight loss for 16 individuals in the study: 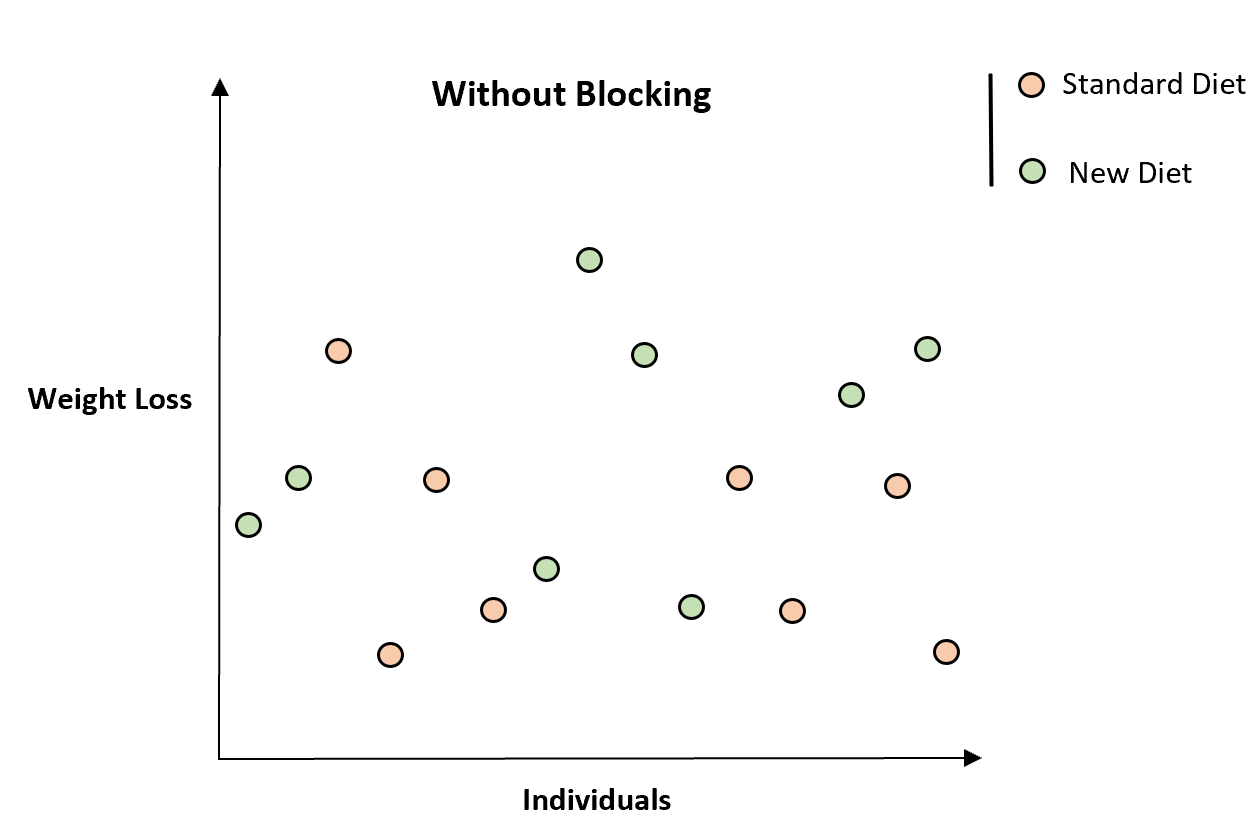 At first glance, it doesn’t appears that the new diet is associated with more weight loss.

However, once we split the individuals into two blocks based on gender, it becomes apparent that the new diet does seem to be associated with more weight loss: 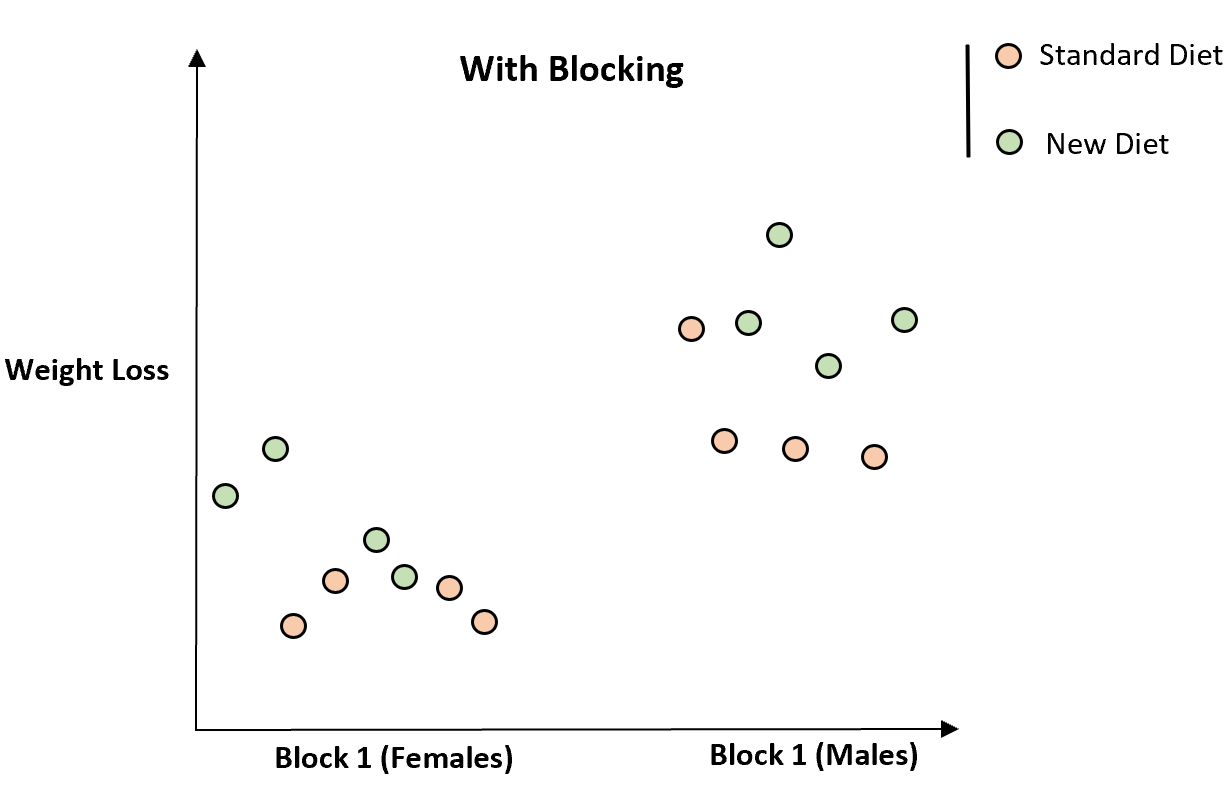 By placing the individuals into blocks, the relationship between the new diet and weight loss became more clear since we were able to control for the nuisance variable of gender.

Gender is a common nuisance variable to use as a blocking factor in experiments since males and females tend to respond differently to a wide variety of treatments.

However, other common nuisance variables that can be used as blocking factors include:

Depending on the nature of the experiment, it’s also possible to use several blocking factors at once. However, in practice only one or two are typically used since more blocking factors requires larger sample sizes to derive significant results.

In the previous example, gender was a known nuisance variable that researchers knew affected weight loss. However, often in experiments there are also lurking variables, which are variables that also affect the relationship between an explanatory and response variable but are either unknown or simply not included in the study because it’s hard to collect data on them.

For example, suppose each individual has a certain amount of innate discipline that they can draw upon to lose more weight. Since discipline is hard to measure, it’s not included as a blocking factor in the study but one way to control for it is to use randomization.

By randomly assigning individuals to either the new diet or the standard diet, researchers can maximize the chances that the overall level of discipline of individuals between the two groups is roughly equal.

Thus, in any experiment that uses blocking it’s also important to randomly assign individuals to treatments to control for the effects of any potential lurking variables.