For example, a business may collect the following data for 12 consecutive sales quarters: 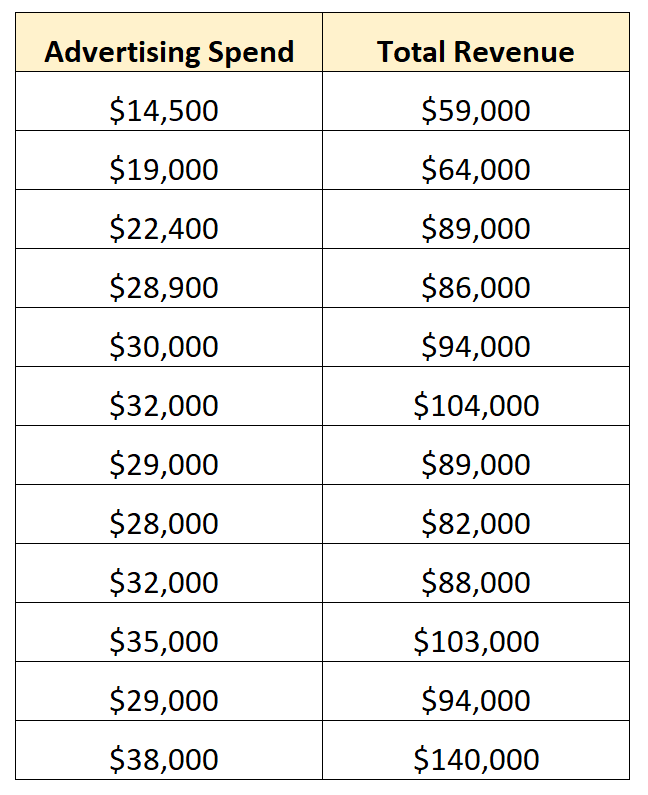 This is an example of bivariate data because it contains information on exactly two variables: advertising spend and total revenue.

The business may decide to fit a simple linear regression model to this dataset and find the following fitted model:

This tells the business that for each additional dollar spent on advertising, total revenue increases by an average of $2.70.

Medical researchers often collect bivariate data to gain a better understanding of the relationship between variables related to health.

For example, a researcher may collect the following data about age and resting heart rate for 15 individuals: 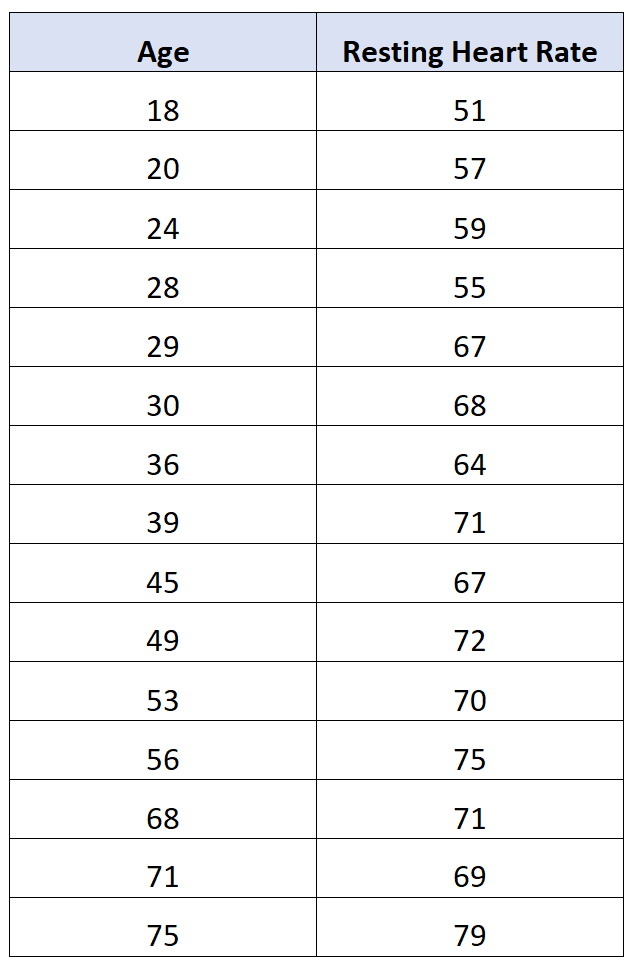 The researcher may then decide to calculate the correlation between the two variables and find it to be 0.812.

This indicates that there is a strong positive correlation between the two variables. That is, as age increases resting heart rate tends to increase in a predictable manner as well.

Related: What is Considered to Be a “Strong” Correlation?

For example, a researcher may collect data on the number of hours studied per week and the corresponding GPA for students in a certain class: 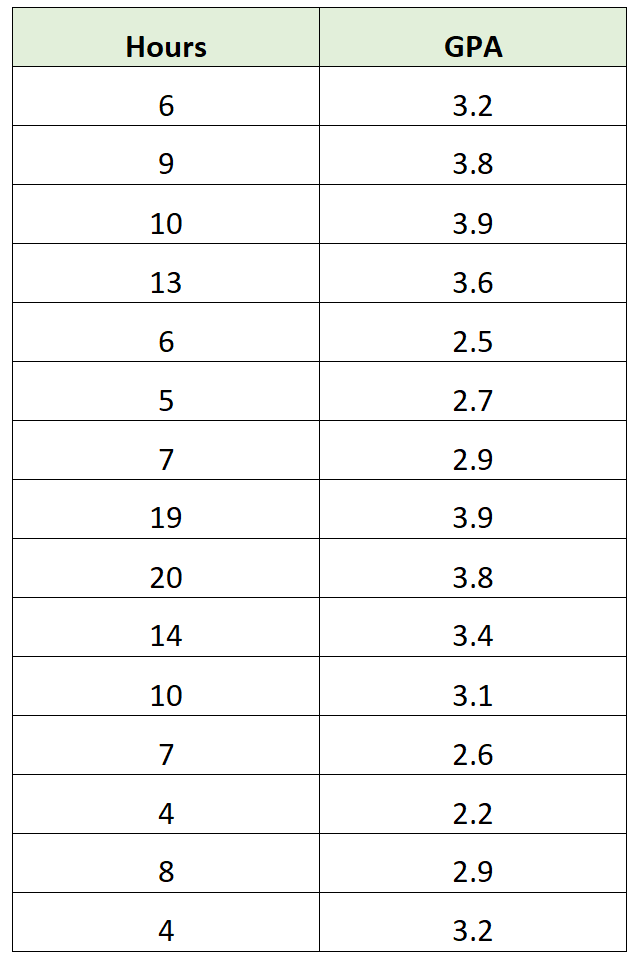 She may then create a simple scatterplot to visualize the relationship between these two variables: 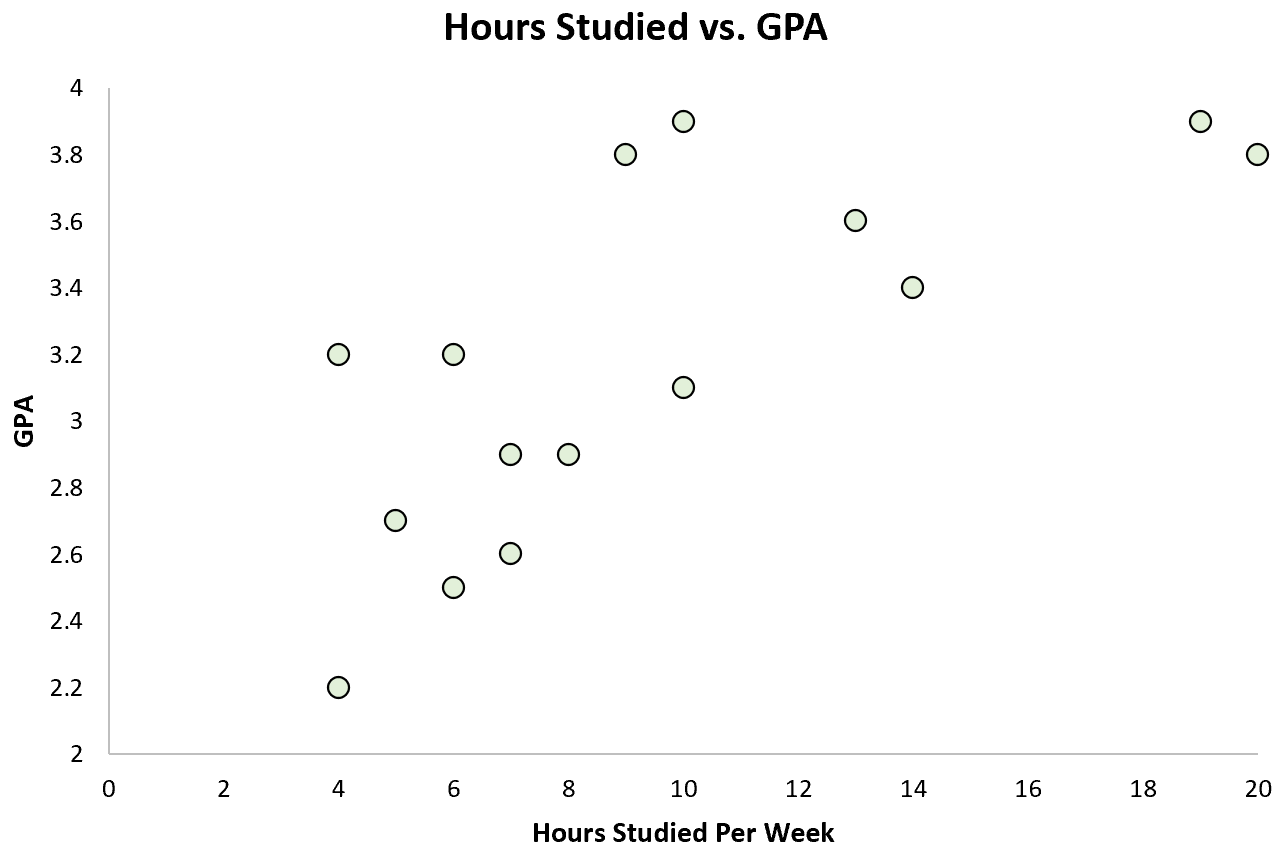 Clearly there is a positive association between the two variables: As the number of hours studied per week increases, the GPA of the student tends to increase as well.

For example, an economist may collect data on the total years of schooling and total annual income among individuals in a certain city: 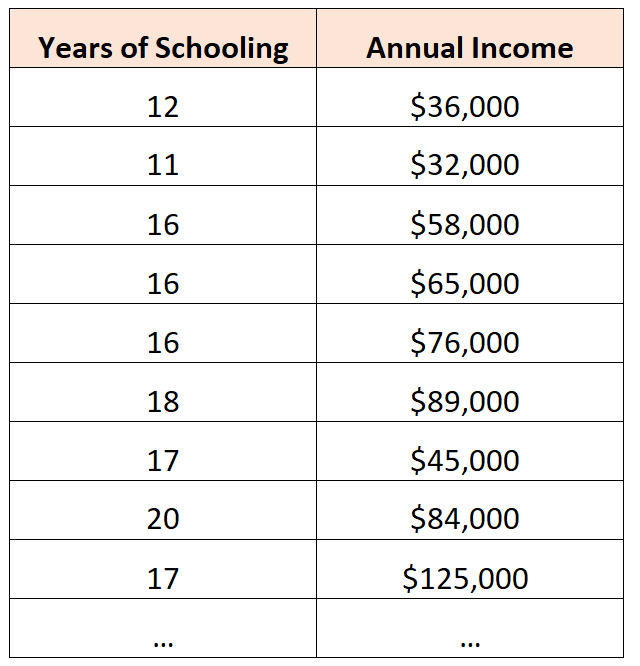 He may then decide to fit the following simple linear regression model:

This tells the economist that for each additional year of schooling, annual income increases by $7,120 on average.

Biologists often collect bivariate data to understand how two variables are related among plants or animals.

For example, a biologist may collect data on total rainfall and total number of plants in different regions: 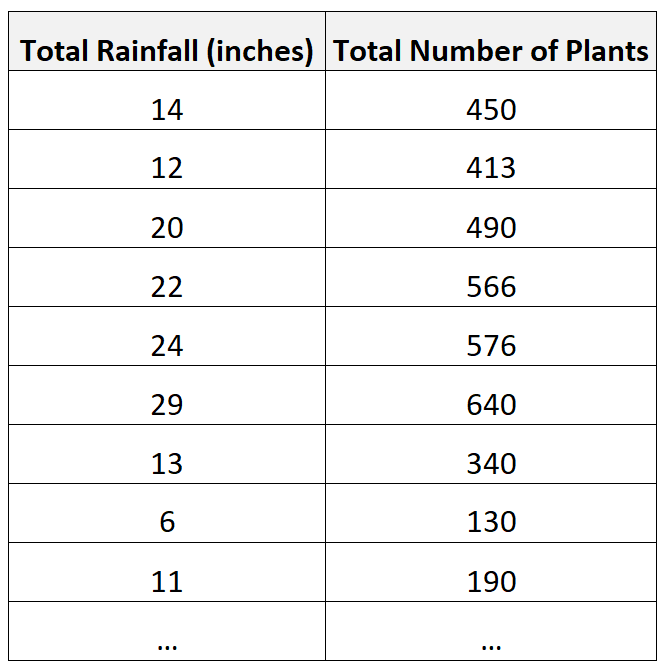 The biologist may then decide to calculate the correlation between the two variables and find it to be 0.926.

This indicates that there is a strong positive correlation between the two variables.

That is, higher rainfall is closely associated with an increased number of plants in a region.

The following tutorials provide additional information about bivariate data and how to analyze it.