When you visualize a bimodal distribution, you will notice two distinct “peaks” that represent these two modes. 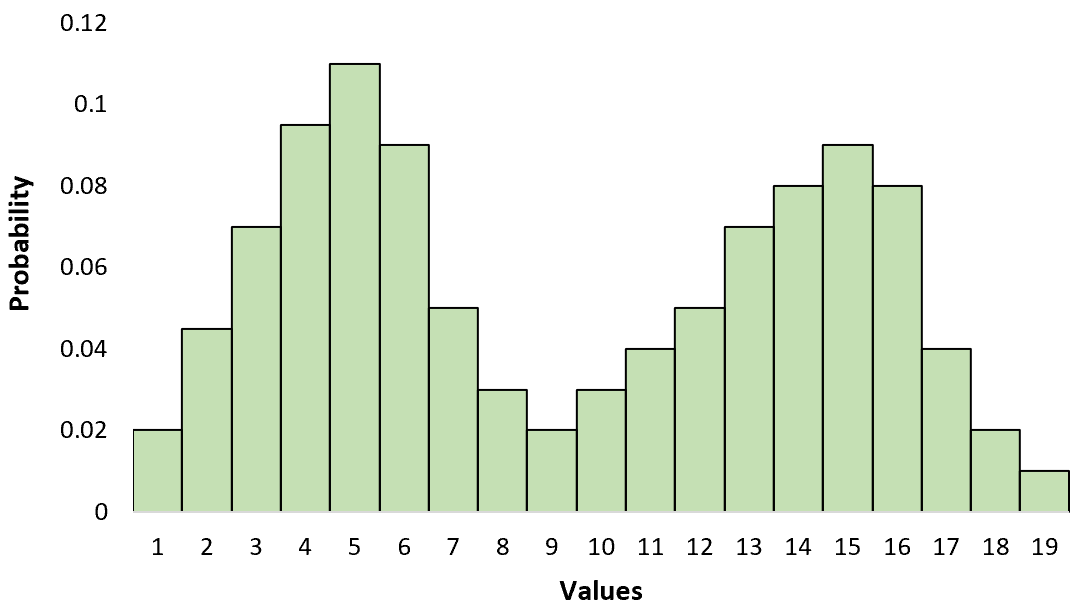 This is different than a unimodal distribution that only has one peak: 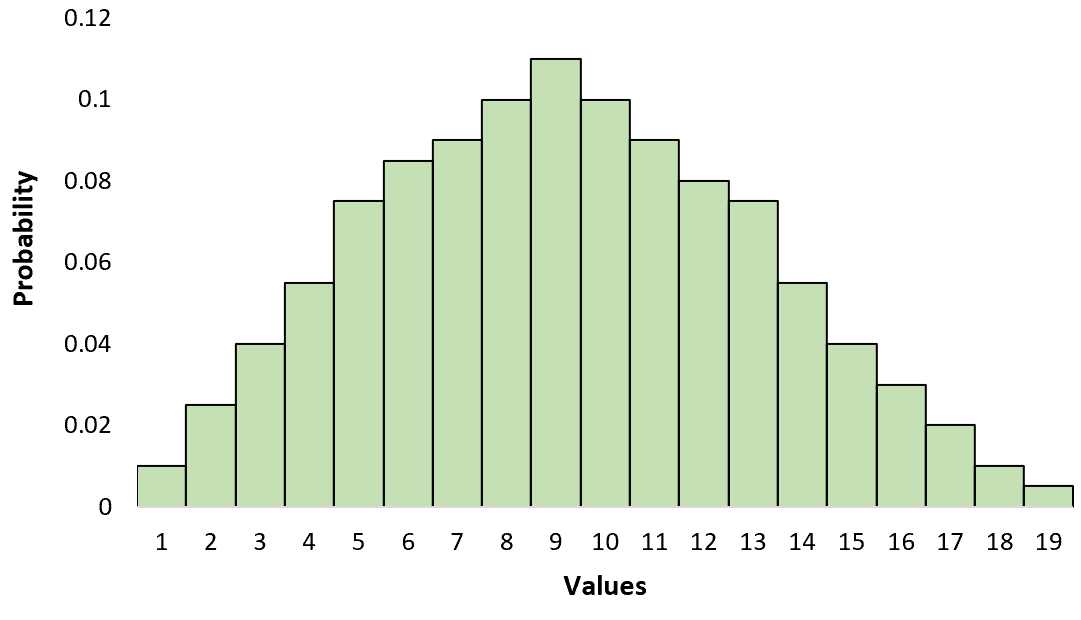 You can remember the difference between the two by remembering:

Here are some examples of bimodal distributions:

If you created a graph to visualize the distribution of customers at a certain restaurant by hour, you’d likely find that it follows a bimodal distribution with a peak during lunch hours and another peak during dinner hours: 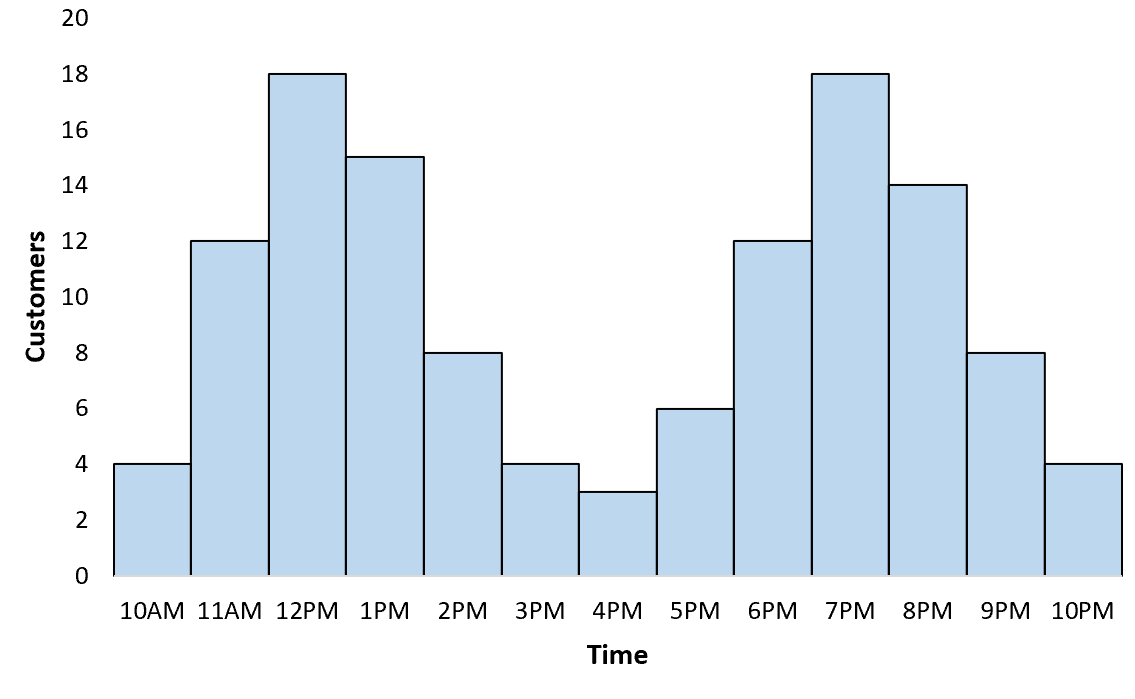 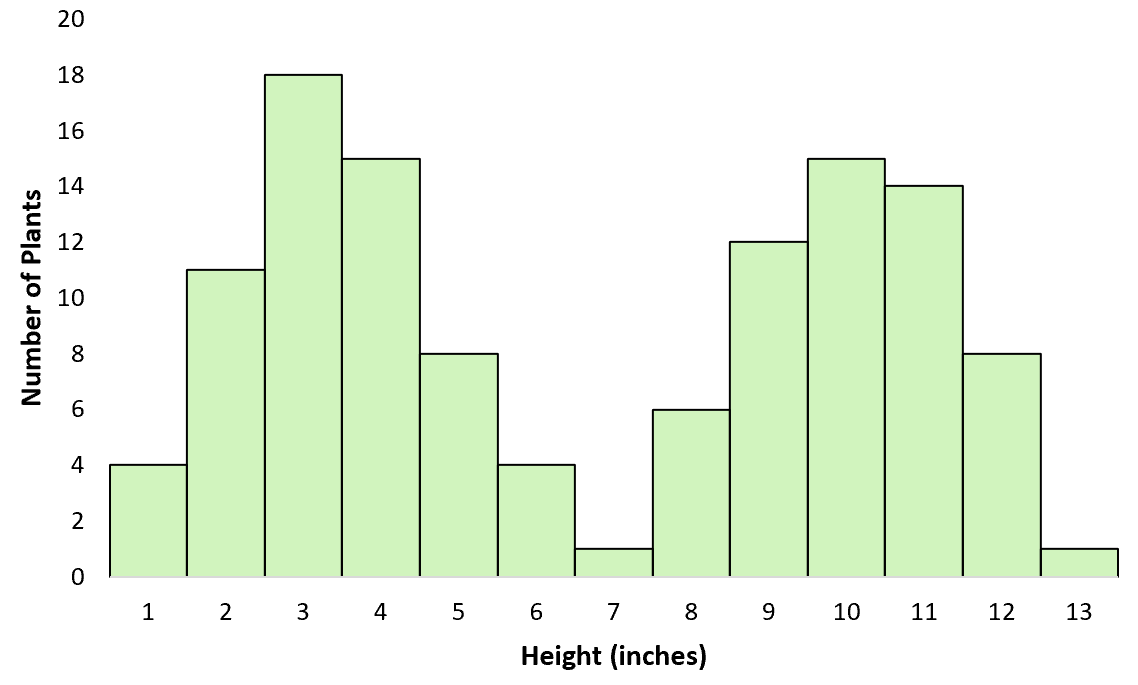 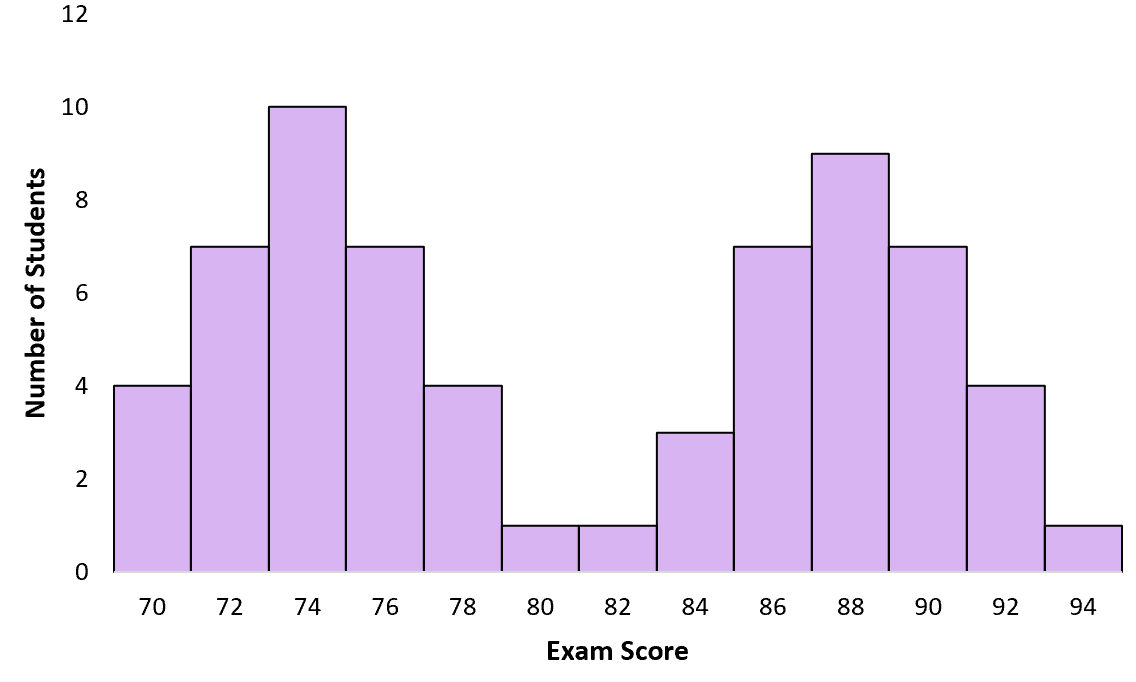 There are typically two things that cause bimodal distributions:

Often bimodal distributions occur because of some underlying phenomena.

2. Two different groups being lumped together.

For example, if you measure the height of plants in a certain field without realizing that two different species are growing in the same field, you’ll see a bimodal distribution when you create a chart.

How to Analyze Bimodal Distributions

We often describe distributions using the mean or median since this gives us an idea of where the “center” of the distribution is located.

Unfortunately, the mean and median aren’t useful to know for a bimodal distribution. For example, the mean exam score for students in the example above is 81: 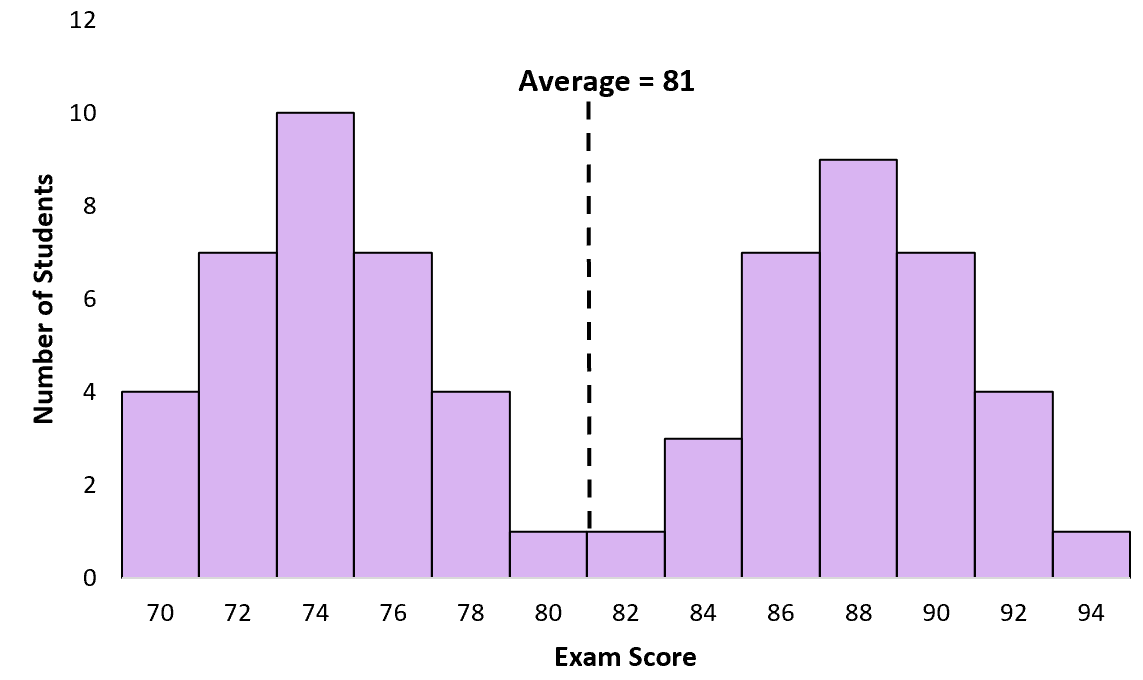 A better way to analyze and interpret bimodal distributions is to simply break the data into two separate groups, then analyze the center and the spread for each group.

For example, we may break up the exam scores into “low scores” and “high scores” and then find the mean and standard deviation for each group.

If you’re sharing the results of some analysis and your data does follow a bimodal distribution, it’s helpful to create a histogram like the ones shown above so that your audience can clearly see that the distribution has two distinct “peaks” and that it only makes sense to analyze each peak separately rather than as one large dataset.