To evaluate the performance of a model on a dataset, we need to measure how well the model predictions match the observed data.

For regression models, the most commonly used metric is the mean squared error (MSE), which is calculated as:

For example, it’s nice if a model that predicts stock market prices has a low MSE on historical data, but we really want to be able to use the model to accurately forecast future data.

It turns out that the test MSE can always be decomposed into two parts:

(1) The variance: Refers to the amount by which our function f would change if we estimated it using a different training set.

(2) The bias: Refers to the error that is introduced by approximating a real-life problem, which may be extremely complicated, by a much simpler model.

The third term, the irreducible error, is the error that cannot be reduced by any model simply because there always exists some noise in the relationship between the set of explanatory variables and the response variable.

The following chart offers a way to visualize this tradeoff: 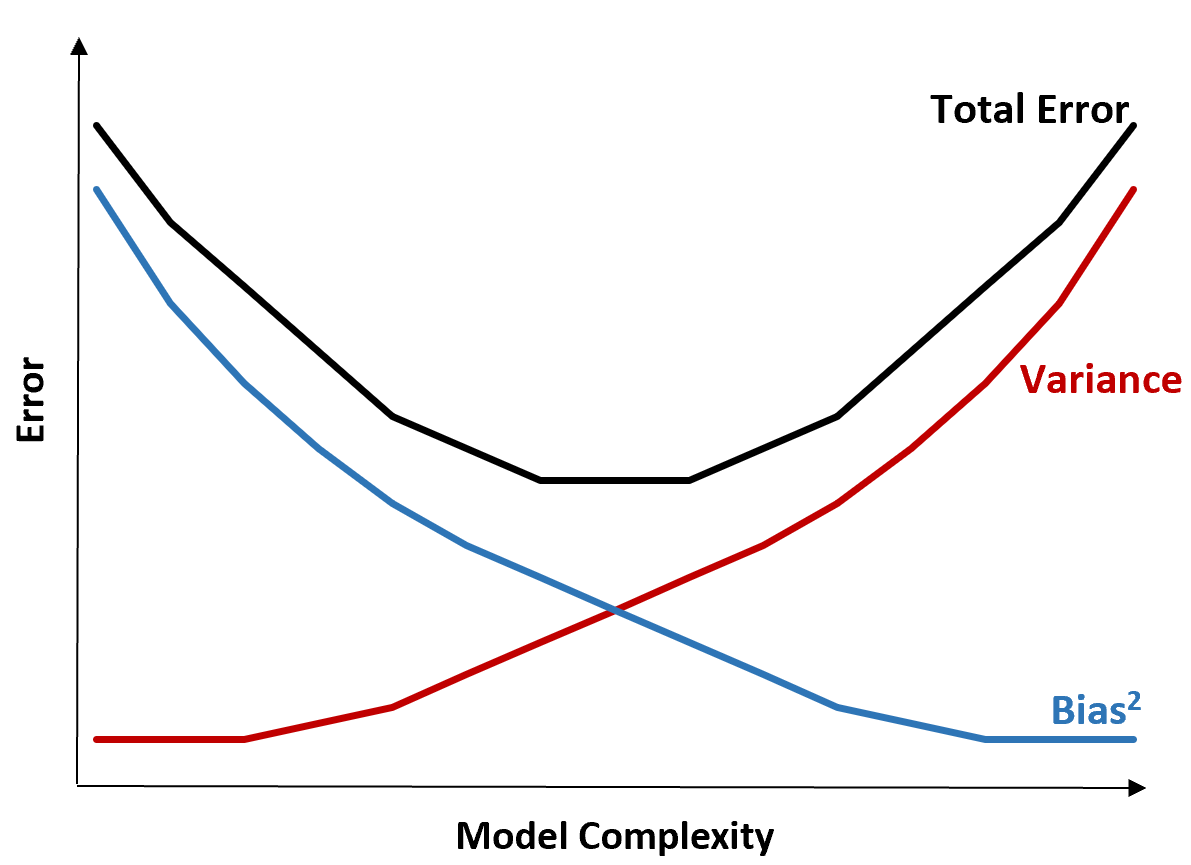 In other words, we want a model that is complex enough to capture the true relationship between the explanatory variables and the response variable, but not overly complex such that it finds patterns that don’t really exist.

When a model is too complex, it overfits the data. This happens because it works too hard to find patterns in the training data that are just caused by random chance. This type of model is likely to perform poorly on unseen data.

But when a model is too simple, it underfits the data. This happens because it assumes the true relationship between the explanatory variables and the response variable is more simple than it actually is.

The way to pick optimal models in machine learning is to strike the balance between bias and variance such that we can minimize the test error of the model on future unseen data.

In practice, the most common way to minimize test MSE is to use cross-validation.