Whenever you conduct a statistical test, it’s possible that you could get a p-value that is less than 0.05 purely by chance, even if your null hypothesis is true.

For example, suppose you want to know if a certain plant has a mean height greater than 10 inches. Your null and alternative hypotheses for the test would be:

Although the null hypothesis was true (the mean height of this plant really was 10 inches), you rejected it. In statistics, we call this a “false discovery.” You claimed to have made a discovery – a “significant result” – but it’s actually a false one.

Now imagine that you conduct 100 statistical tests at once. Using an alpha level of 0.05, there’s only a 5% chance of making a false discovery with any individual test, but because you’re conducting such a large amount of tests, you would expect about 5 of the 100 to lead to false discoveries.

In the modern world, false discoveries can be a common problem since technology has enabled researchers to conduct hundreds or even thousands of statistical tests at once.

For example, medical researchers can run statistical tests on tens of thousands of genes at once. Even with a false discovery rate of just 5%, this means hundreds of tests could result in false discoveries.

One way to control the false discovery rate is to use something known as the Benjamini-Hochberg Procedure.

The Benjamini-Hochberg Procedure works as follows:

Step 1: Conduct all of your statistical tests and find the p-value for each test.

Step 2: Arrange the p-values in order from smallest to largest, assigning a rank to each one – the smallest p-value has a rank of 1, the next smallest has a rank of 2, etc.

Step 3: Calculate the Benjamini-Hochberg critical value for each p-value, using the formula (i/m)*Q

The following example illustrates how to conduct this procedure with concrete values.

Suppose researchers are interested in determining whether or not 20 different variables are linked to heart disease. They conduct 20 individual statistical tests at once and receive a p-value for each test. The following table shows the p-values for each test, ranked in order from smallest to largest. 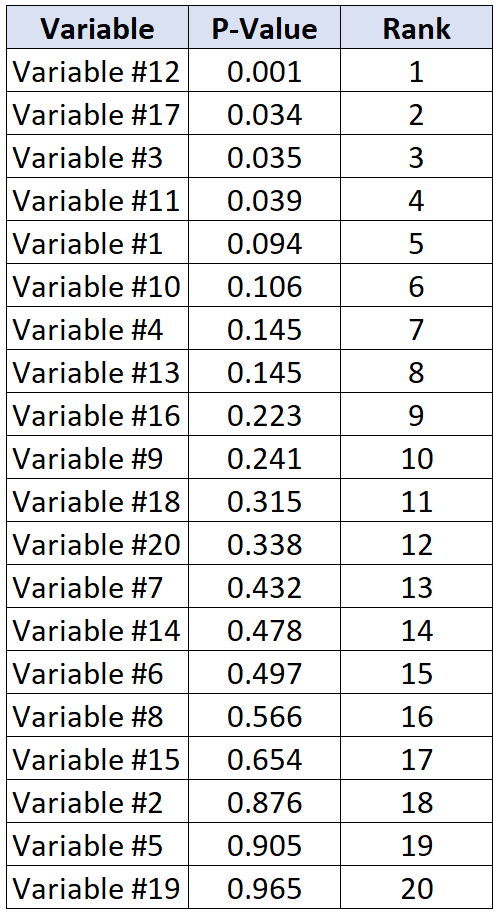 Suppose researchers are willing to accept a 20% false discovery rate. Thus, to calculate the Benjamini-Hochberg critical value for each p-value, we can use the following formula: (i/20)*0.2 where i = rank of p-value.

The following table shows the Benjamini-Hochberg critical value for each individual p-value: 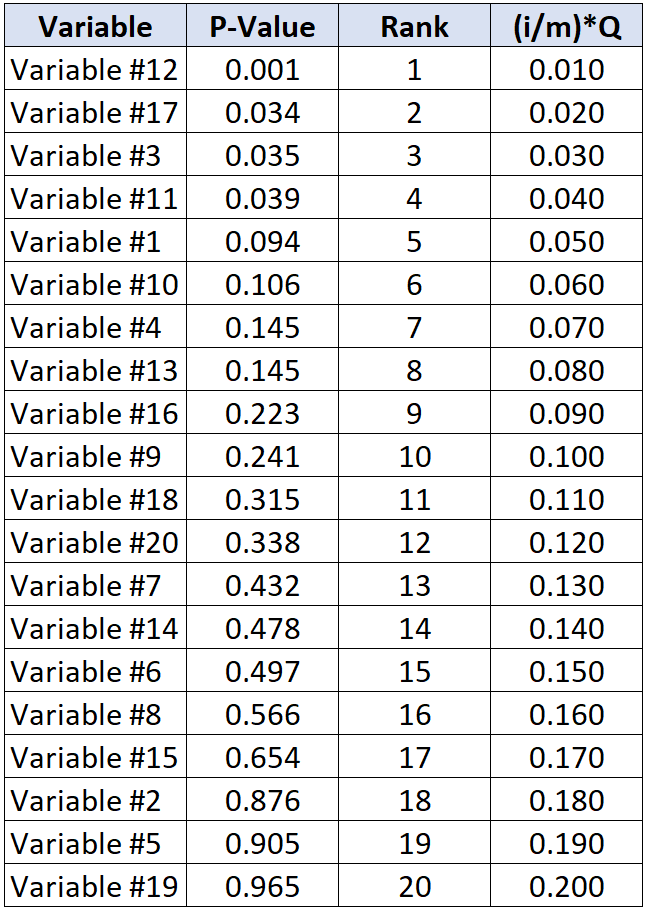 Thus, this test and all tests with a smaller p-value will be considered significant. 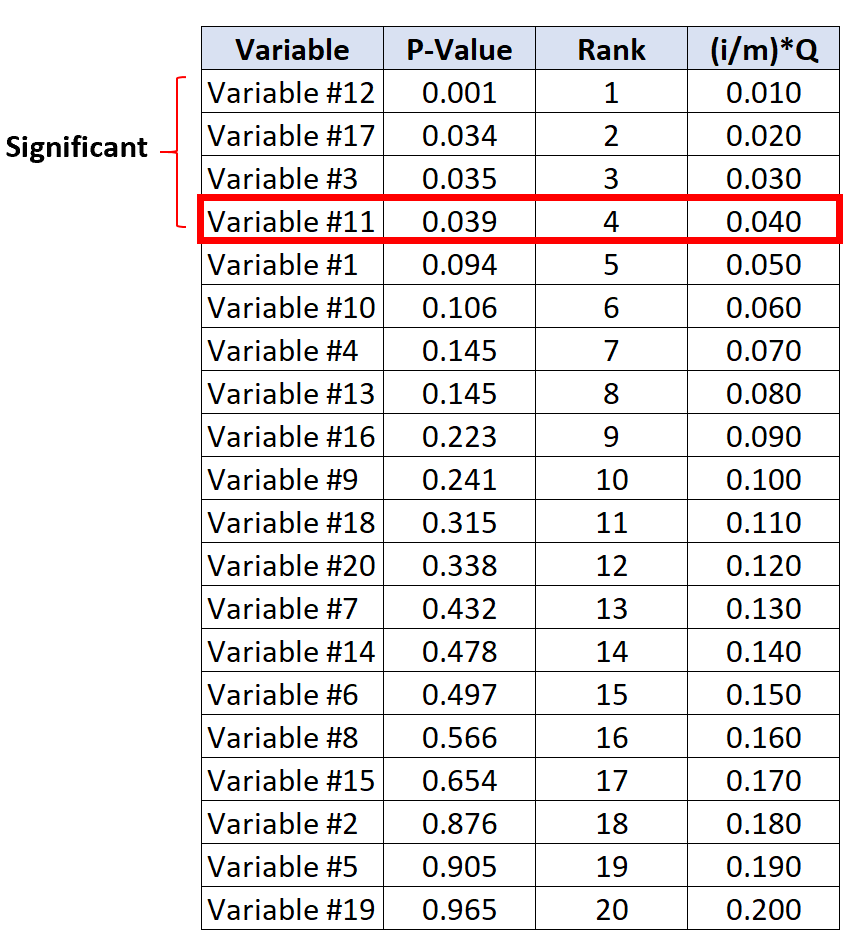 Note that even though Variable #17 and Variable #3 didn’t have p-values that were smaller than their B-H critical values, they are still considered to be significant since they have smaller p-values than Variable #11.

How to choose a false discovery rate

Typically you will conduct a large number of statistical tests during the exploratory phase of your analysis, which you will then follow up with more tests to further investigate your findings.

Also, if the cost of missing an important discovery is high then you may want to set your false discovery rate higher so that you don’t miss anything important.

Depending on the costs of your research and the importance of not missing any important discoveries, the false discovery rate will vary from one situation to the next.

An Explanation of P-Values and Statistical Significance
What is the Family-wise Error Rate?