Autocorrelation measures the degree of similarity between a time series and a lagged version of itself over successive time intervals.

It’s also sometimes referred to as “serial correlation” or “lagged correlation” since it measures the relationship between a variable’s current values and its historical values.

When the autocorrelation in a time series is high, it becomes easy to predict future values by simply referring to past values.

For example, suppose we have the following time series that shows the value of a certain variable during 15 different time periods: 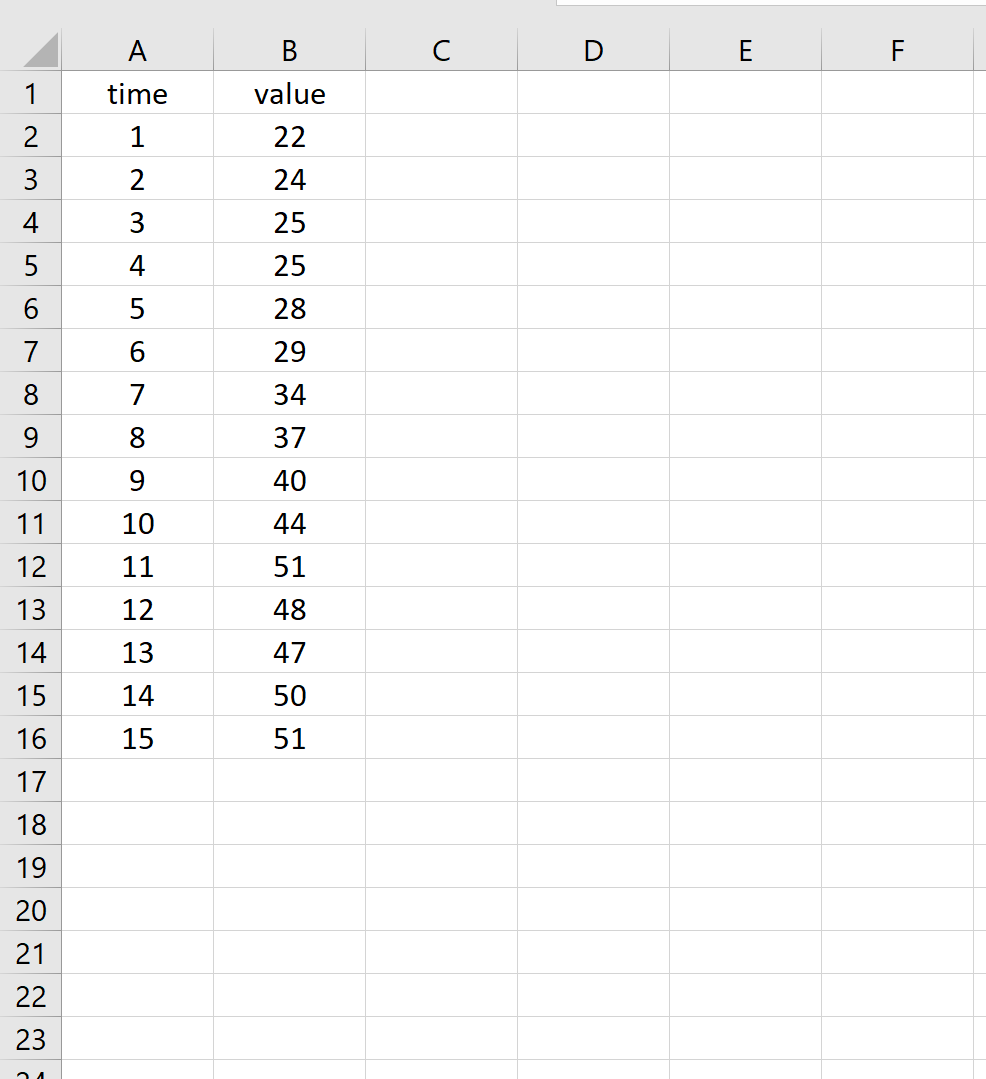 We can use the following formula to calculate the autocorrelation at lag k =2.

We can calculate the autocorrelation at lag k = 3 by changing the range of values in the formula: 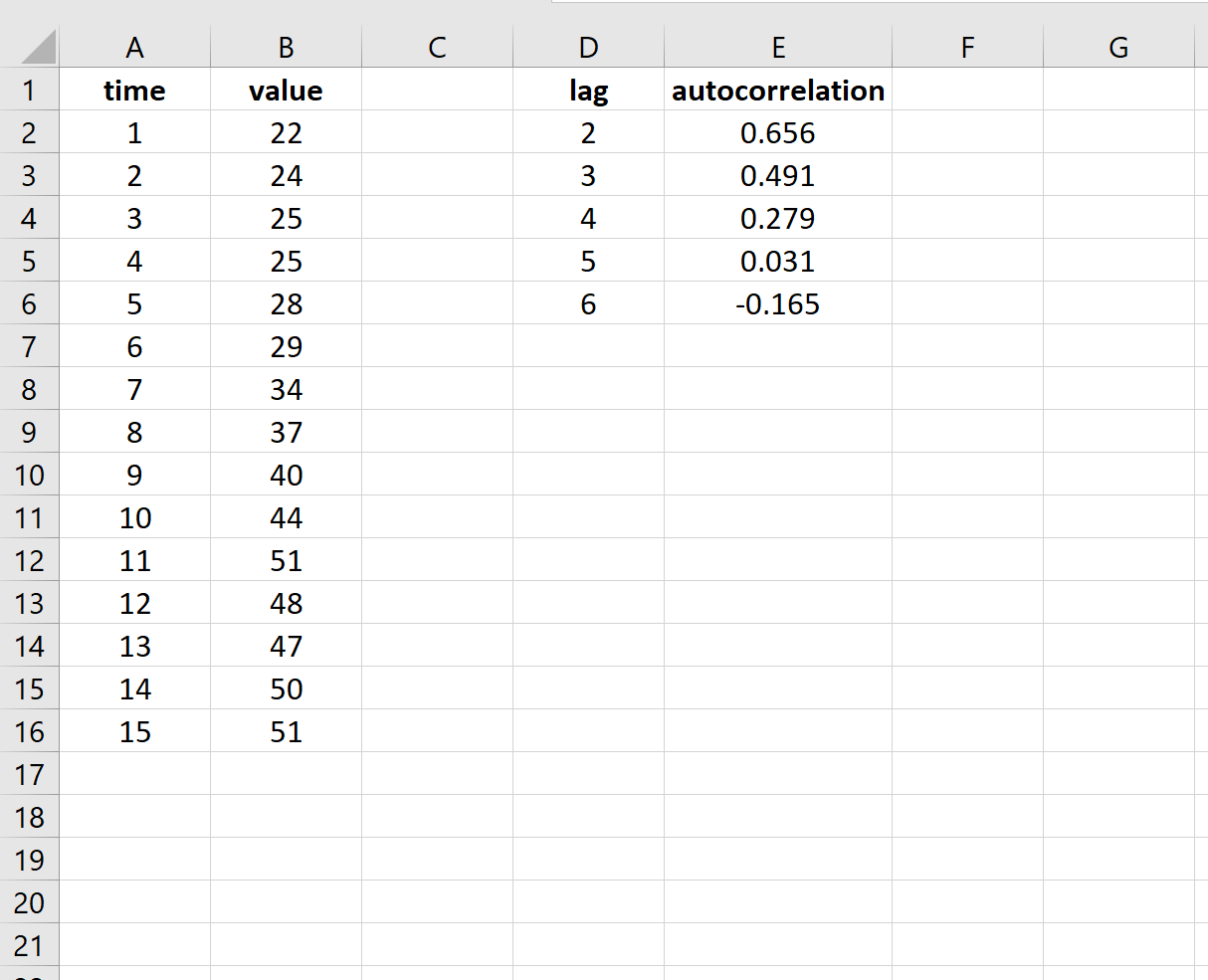 You can find more Excel time series tutorials on this page.