These two types of models share the following similarity:

However, these two types of models share the following difference:

*Regression models can be used with categorical predictor variables, but we have to create dummy variables in order to use them.

The following examples show when to use ANOVA vs. regression models in practice.

Suppose a biologist wants to understand whether or not four different fertilizers lead to the same average plant growth (in inches) during a one-month period. To test this, she applies each fertilizer to 20 plants and records the growth of each plant after one month.

In this scenario, the biologist should use a one-way ANOVA model to analyze the differences between the fertilizers because there is one predictor variable and it is categorical.

In other words, the values for the predictor variable can be classified into the following “categories”:

A one-way ANOVA will tell the biologist whether or not the mean plant growth is equal between the four different fertilizers.

In this scenario, the real estate agent should use a simple linear regression model to analyze the relationship between these two variables because the predictor variable (square footage) is continuous.

The value for β1 will represent the average change in house price associated with each additional square foot.

This will allow the real estate agent to quantify the relationship between square footage and house price.

Suppose a real estate agent wants to understand the relationship between the predictor variables “square footage” and “home type” (single-family, apartment, townhome) with the response variable of house price.

In this scenario, the real estate agent can use multiple linear regression by converting “home type” into a dummy variable since it’s currently a categorical variable. 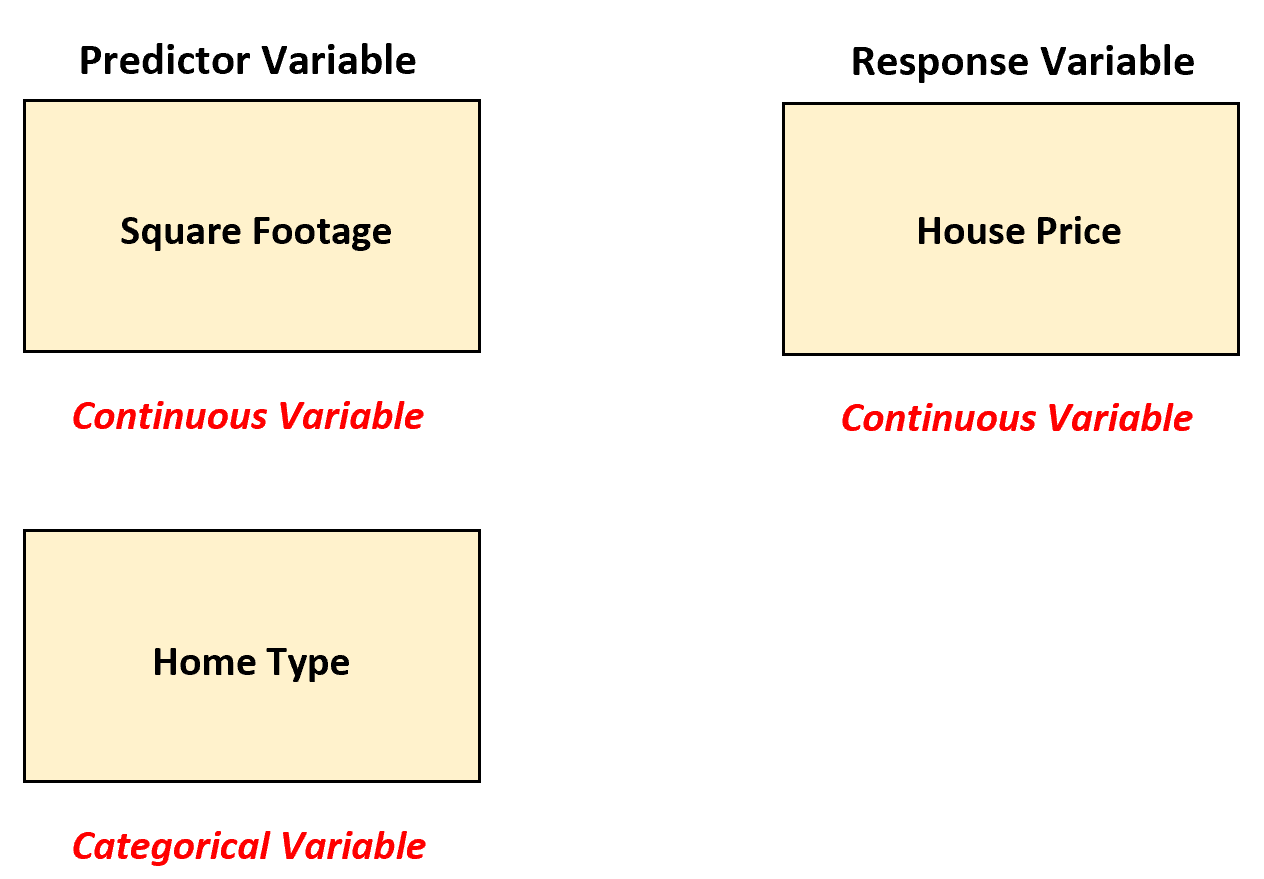 The real estate agent can then fit the following multiple linear regression model:

Here’s how we would interpret the coefficients in the model:

Check out the following tutorials to see how to create dummy variables in different statistical software:

The following tutorials offer an in-depth introduction to ANOVA models: