This tutorial explains how to conduct a one-way ANOVA on a TI-84 calculator.

Suppose we recruit 30 students to participate in a study. The students are randomly assigned to use one of three studying techniques for one month to prepare for an exam. At the end of the month, all of the students take the same test.

Use the following steps to perform a one-way ANOVA to determine if the average scores are the same across all three groups. 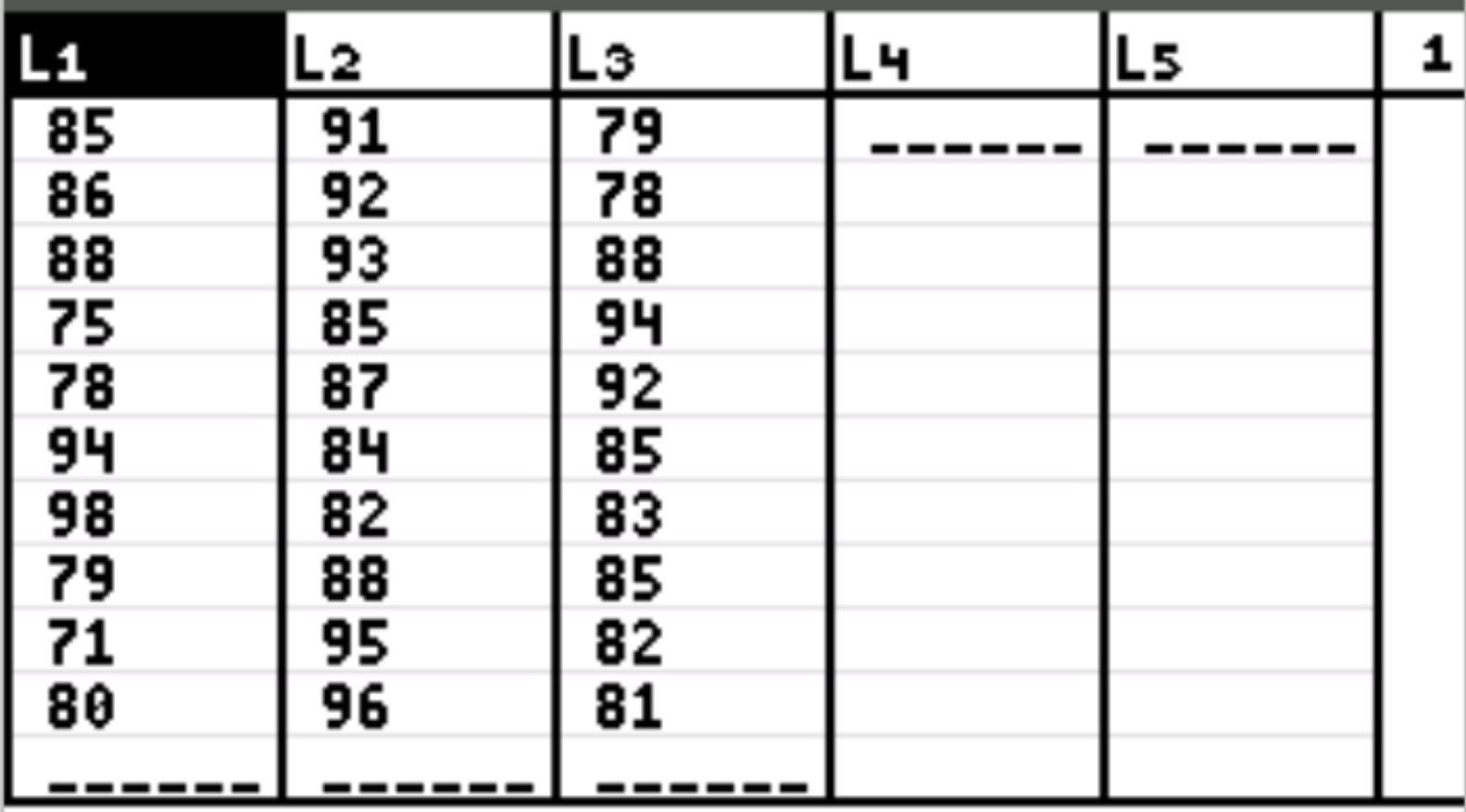 Next, we will perform the one-way ANOVA. Press Stat and then scroll over to TESTS. Then scroll down to ANOVA and press Enter. 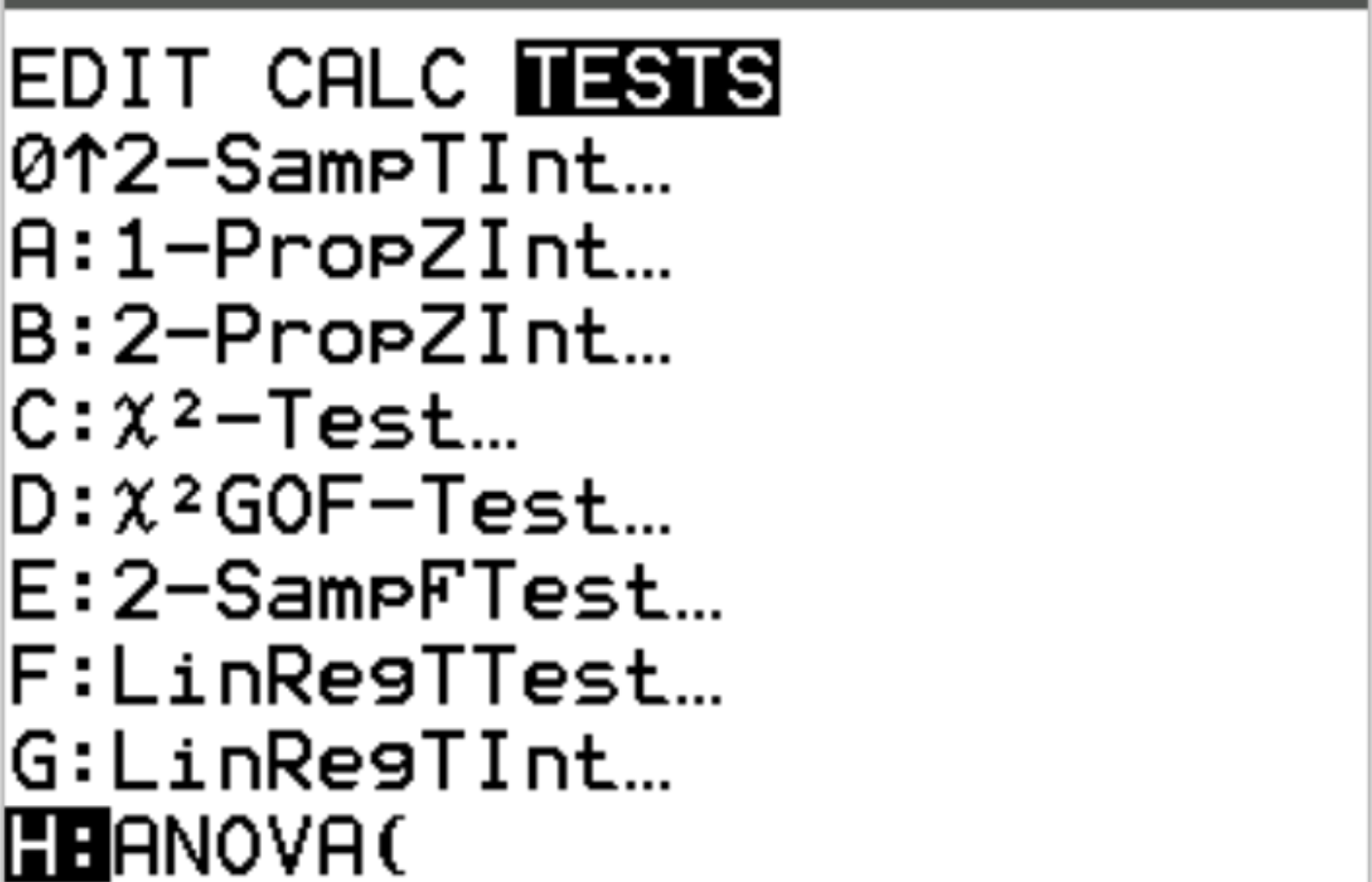 Enter the lists where the data is stored separated by commas, then add a closing parenthesis ) and then press Enter.

The following results will appear once you press Enter: