An ANOVA (“analysis of variance”) is used to determine whether or not the means of three or more independent groups are equal.

An ANOVA uses the following null and alternative hypotheses:

Whenever you perform an ANOVA, you will end up with a summary table that looks like the following:

Two values that we immediately analyze in the table are the F-statistic and the corresponding p-value.

Understanding the F-Statistic in ANOVA

Another way to write this is:

Thus, the larger the F-statistic, the greater the evidence that there is a difference between the group means.

Understanding the P-Value in ANOVA

To determine if the difference between group means is statistically significant, we can look at the p-value that corresponds to the F-statistic. 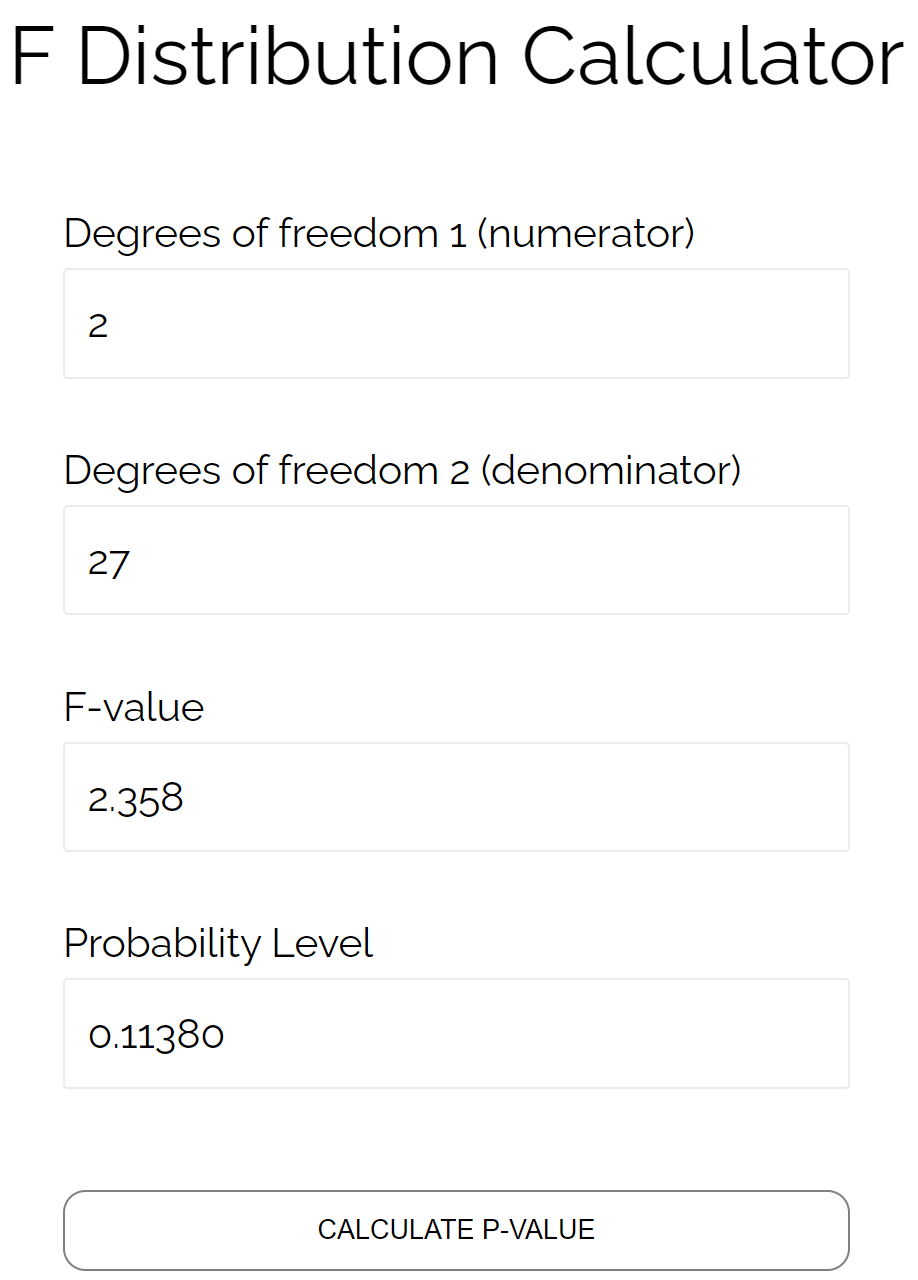 If this p-value is less than α = .05, we reject the null hypothesis of the ANOVA and conclude that there is a statistically significant difference between the means of the three groups.

Otherwise, if the p-value is not less than α = .05 then we fail to reject the null hypothesis and conclude that we do not have sufficient evidence to say that there is a statistically significant difference between the means of the three groups.

In this particular example, the p-value is 0.1138 so we would fail to reject the null hypothesis. This means we don’t have sufficient evidence to say that there is a statistically significant difference between the group means.

On Using Post-Hoc Tests with an ANOVA

If the p-value of an ANOVA is less than .05, then we reject the null hypothesis that each group mean is equal.

In this scenario, we can then perform post-hoc tests to determine exactly which groups differ from each other.

There are several potential post-hoc tests we can use following an ANOVA, but the most popular ones include:

Refer to this guide to understand which post-hoc test you should use depending on your particular situation.