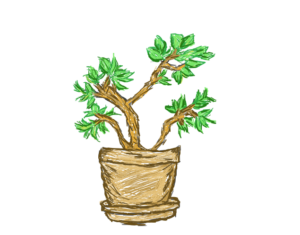 In statistics, p-values are commonly used in hypothesis testing for t-tests, chi-square tests, regression analysis, ANOVAs, and a variety of other statistical methods.

Despite being so common, people often interpret p-values incorrectly, which can lead to errors when interpreting the findings from an analysis or a study.

This post explains how to understand and interpret p-values in a clear, practical way.

To test this, we can conduct a hypothesis test where we use a null and alternative hypothesis:

Null hypothesis – There is no effect or difference between the new method and the old method.

Alternative hypothesis – There does exist some effect or difference between the new method and the old method.

If the p-values is less than our significance level, then we can reject the null hypothesis.

Otherwise, if the p-value is equal to or greater than our significance level, then we fail to reject the null hypothesis.

How to Interpret a P-Value

The textbook definition of a p-value is:

For example, suppose a factory claims that they produce tires that have a mean weight of 200 pounds. An auditor hypothesizes that the true mean weight of tires produced at this factory is different from 200 pounds so he runs a hypothesis test and finds that the p-value of the test is 0.04. Here is how to interpret this p-value:

How Not to Interpret a P-Value

The biggest misconception about p-values is that they are equivalent to the probability of making a mistake by rejecting a true null hypothesis (known as a Type I error).

There are two primary reasons that p-values can’t be the error rate:

2. Although a low p-value indicates that your sample data are unlikely assuming the null is true, a p-value still can’t tell you which of the following cases is more likely:

In regards to the previous example, here is a correct and incorrect way to interpret the p-value:

The following examples illustrate correct ways to interpret p-values in the context of hypothesis testing.

Correct interpretation of p-value: Assuming that 90% of the customers actually are satisfied with their service, the researcher would obtain the observed difference that he did obtain in his sample or a more extreme difference in 1.8% of audits due to random sampling error.

Correct interpretation of p-value: Assuming that the new battery works for the same amount of time or less than the old battery, the researcher would obtain the observed difference or a more extreme difference in 1.1% of studies due to random sampling error.