R-squared, often written R2, is the proportion of the variance in the response variable that can be explained by the predictor variables in a linear regression model.

The adjusted R-squared is a modified version of R-squared that adjusts for the number of predictors in a regression model. It is calculated as:

Because R2 always increases as you add more predictors to a model, adjusted R2 can serve as a metric that tells you how useful a model is, adjusted for the number of predictors in a model.

This tutorial provides a step-by-step example of how to calculate adjusted R2 for a regression model in R.

For this example, we’ll create a dataset that contains the following variables for 12 different students: 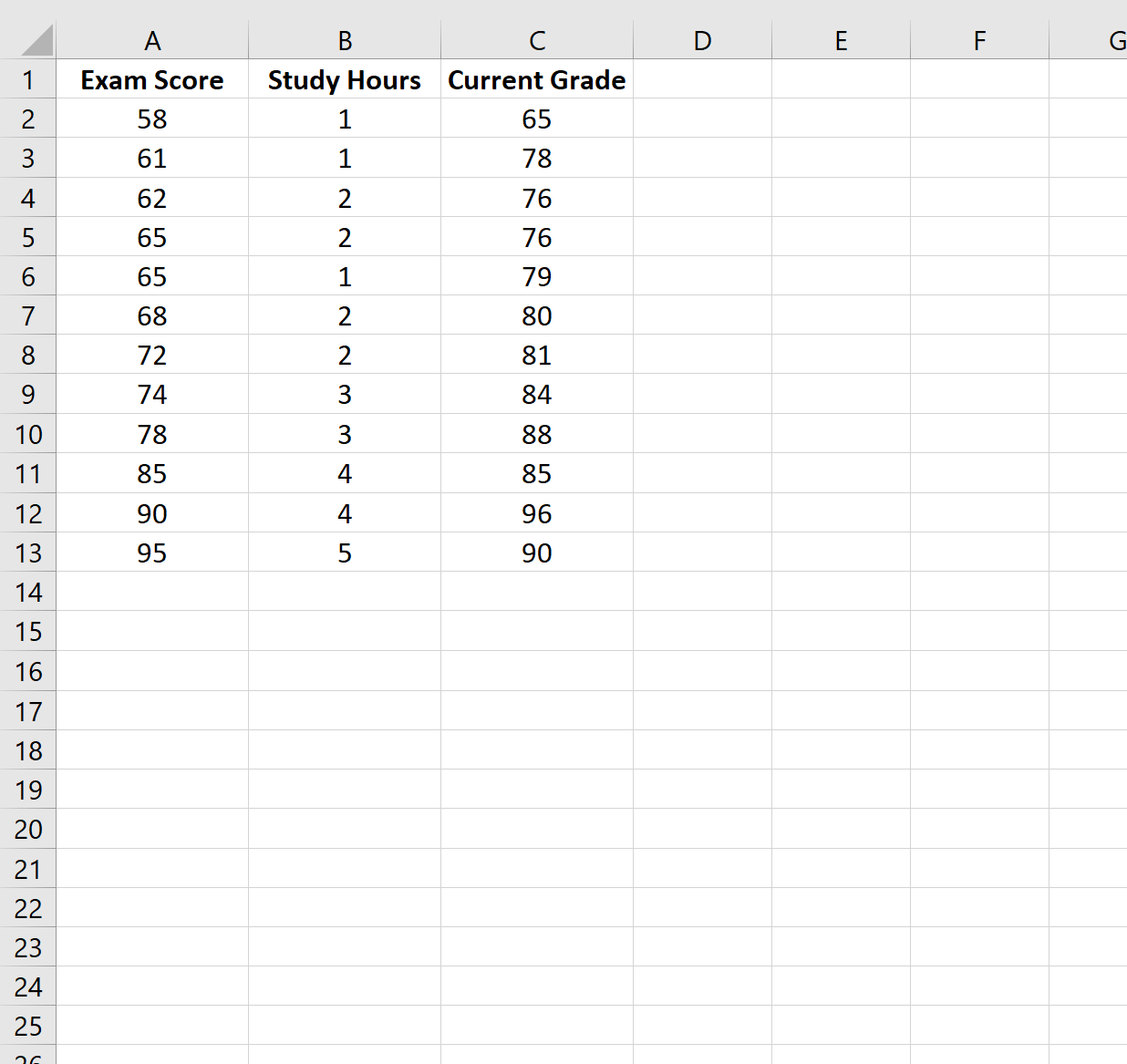 Next, we’ll fit a multiple linear regression model using Exam Score as the response variable and Study Hours and Current Grade as the predictor variables.

To fit this model, click the Data tab along the top ribbon and then click Data Analysis:

If you don’t see this option available, you need to first load the Data Analysis ToolPak.

In the window that pops up, select Regression. In the new window that appears, fill in the following information: 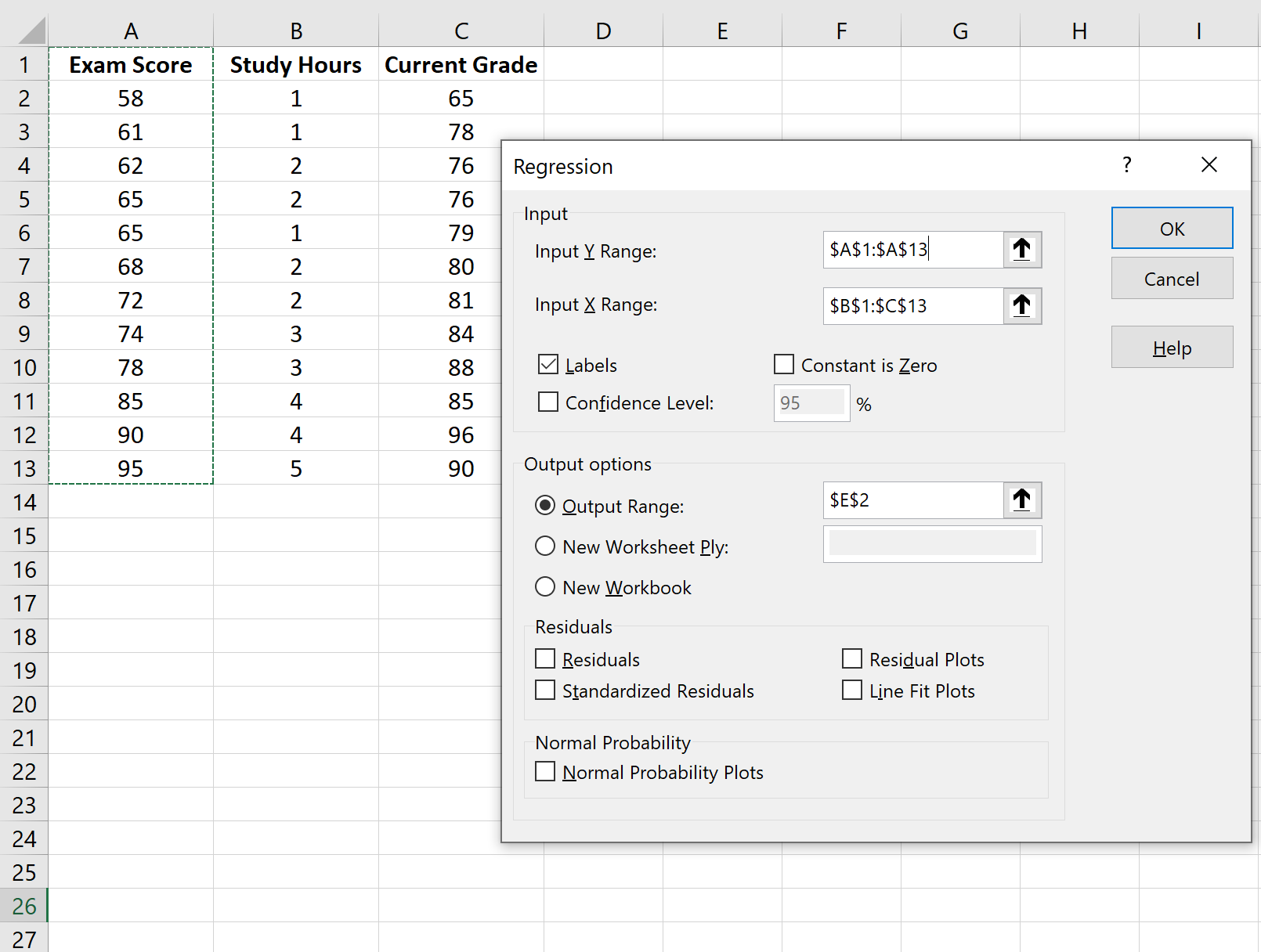 Once you click OK, the output of the regression model will appear: 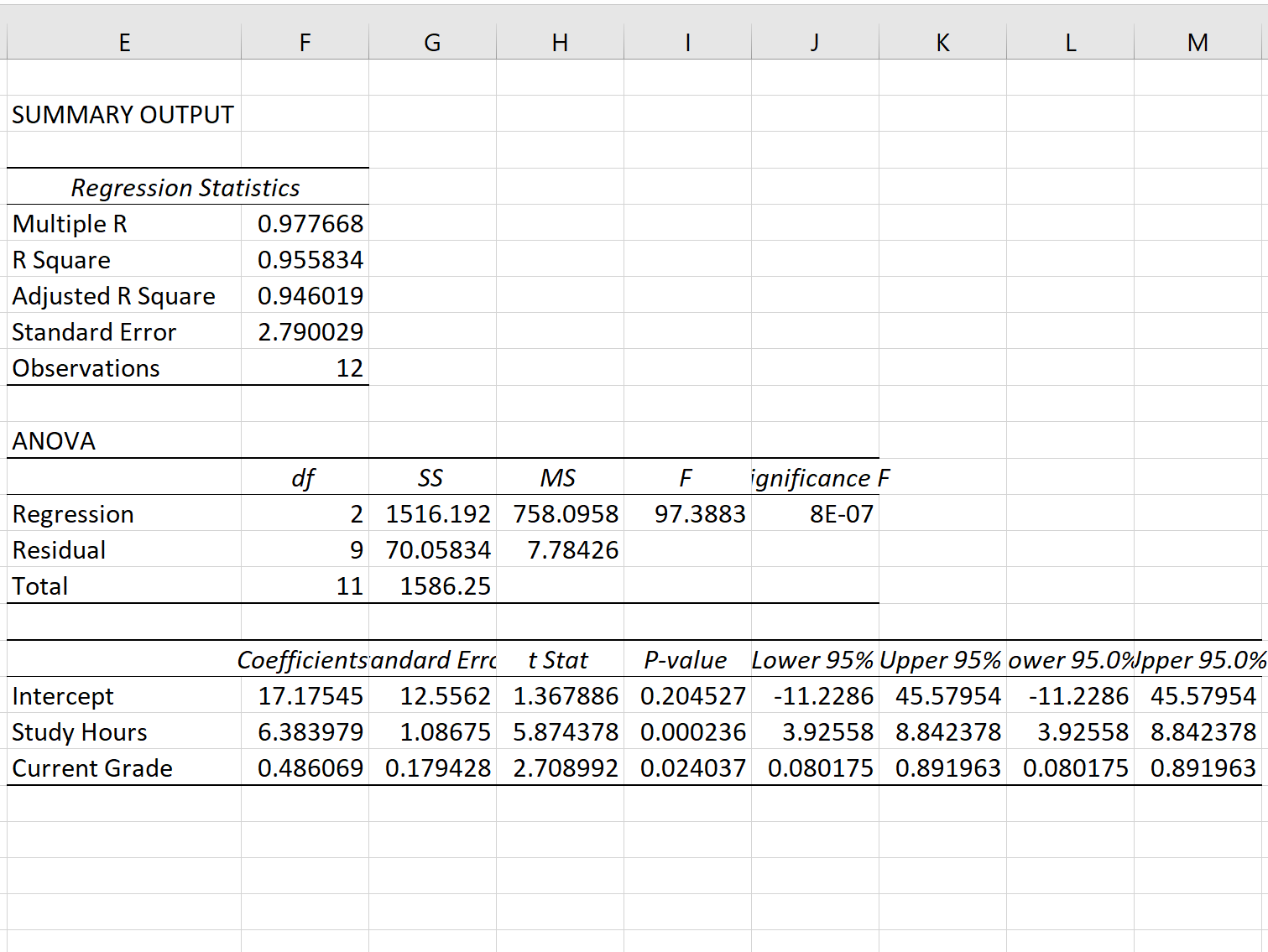 The adjusted R-squared of the regression model is the number next to Adjusted R Square: 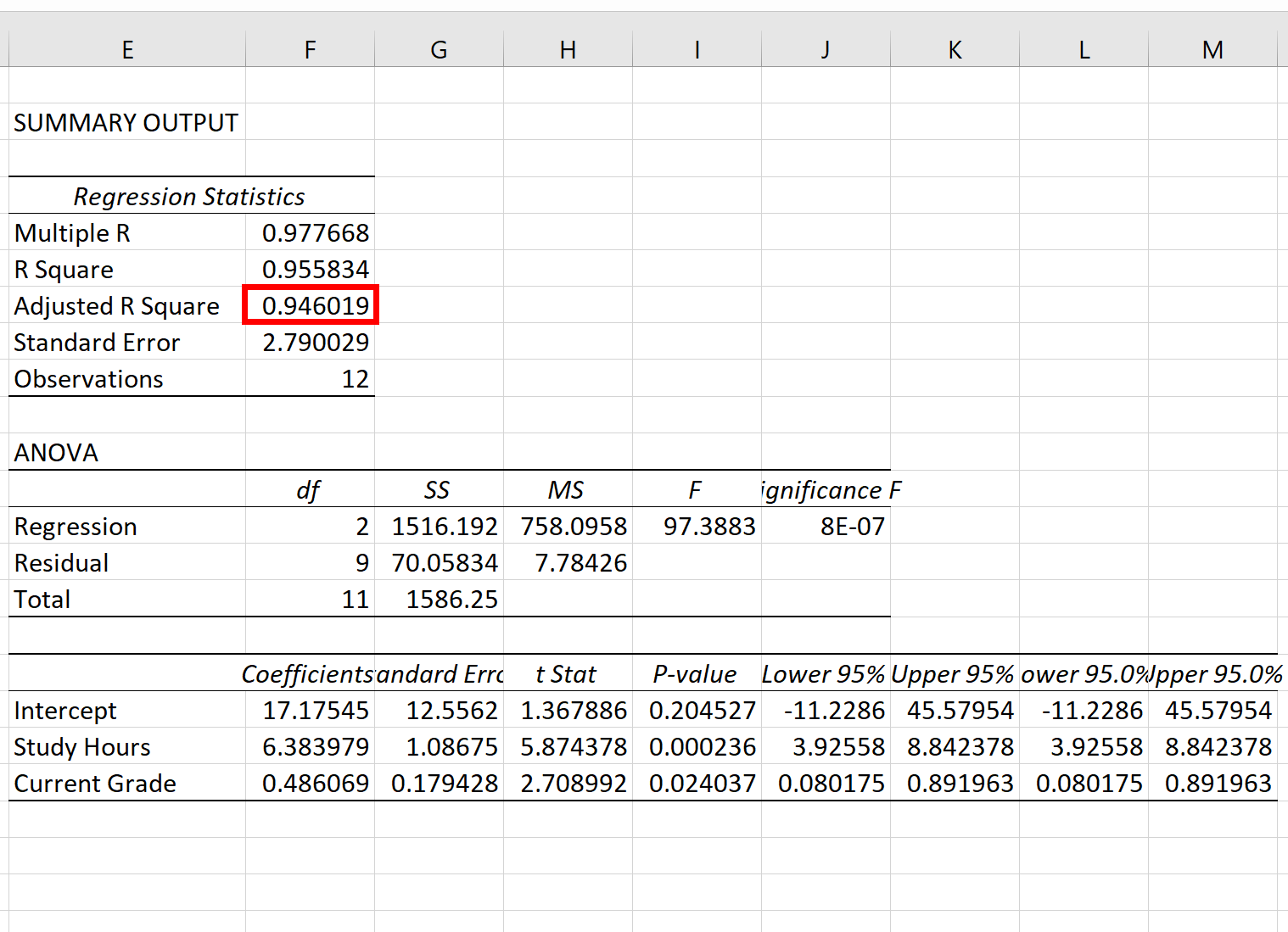 This value is extremely high, which indicates that the predictor variables Study Hours and Current Grade do a good job of predicting Exam Score.

One Reply to “How to Calculate Adjusted R-Squared in Excel”